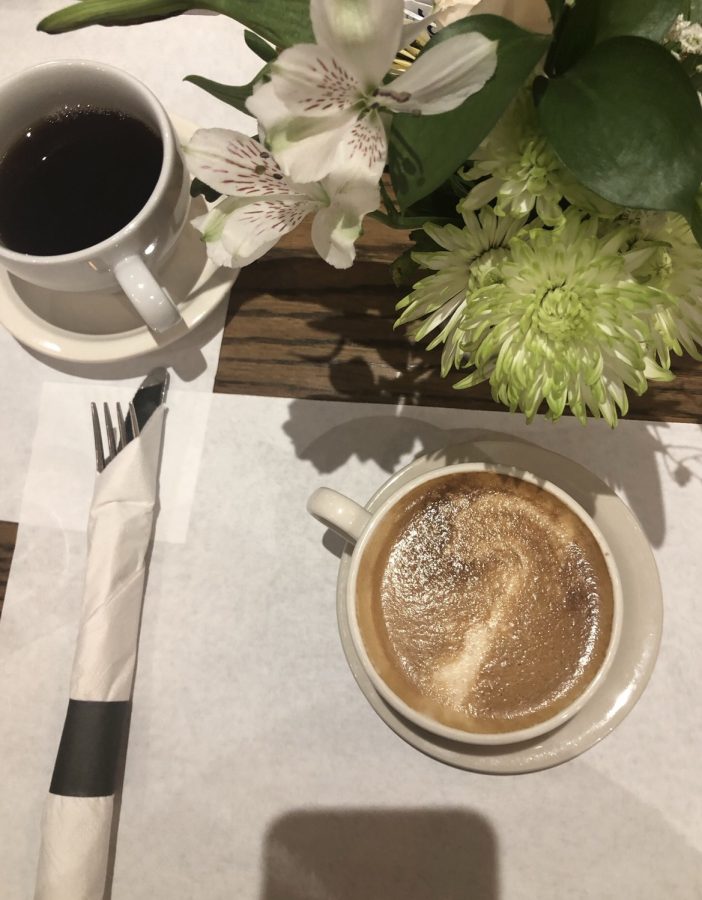 a coffee date with my friends and I at Nonnas

My morning cup of coffee

“I definitely don’t think I am going to be a coffee drinker.”

These are the words my sister quickly stated after she had her first sip of my dad’s black coffee.

Naturally, the two of us were curious about what substance could possibly be so delicious that both of our parents enjoyed consuming it on a daily basis. When my dad quickly passed me his steaming mug filled to the brim, taking it out of my sister’s hands who still had a sour look on her face, I confidently took a sip.

Although it wasn’t anything close to the delicious concoction I was expecting, it was tolerable, and to me, it signified becoming an adult. Looking back, there wasn’t a truly good reason why drinking coffee signified growing up to me, but for some reason it did, and I held on to that fact.

Although it wasn’t anything close to the delicious concoction I was expecting, it was tolerable, and to me, it signified becoming an adult.”

I would sneak sips of my mom’s lattes, and occasionally order a drink from Starbucks—that was more milk and sugar than it was coffee—but ultimately I was waiting for the day when a morning cup of coffee got to become part of my routine.

It wasn’t until the start of my junior year that I deemed myself old enough to start having a cup alongside my parents. At first, I would add coffee then milk, then creamer, to somewhat gracefully disguise the strength of the coffee.

However, as I began waking up later, my mornings grew shorter, and sure enough, I found myself pouring black coffee into a to-go cup and running out the door. To some, this image may seem chaotic, however, to me, it was perfect.

At first, I would somewhat dislike the aftertaste of the black coffee, and sitting in first-hour math, I would crave the caramel drizzle and french vanilla creamer I used to have time for. However, after a little while, black coffee became my new norm.

What was once a tolerable drink became a staple in my life, exactly what I wanted.

Sure, I was only 16 at the time when I first started drinking coffee, and even now, although I am technically turning 18 this year, I feel nothing like an actual adult, but at least I have my coffee to make me feel old.

My sister, on the other hand, stuck to her word and to this day only drinks tea.