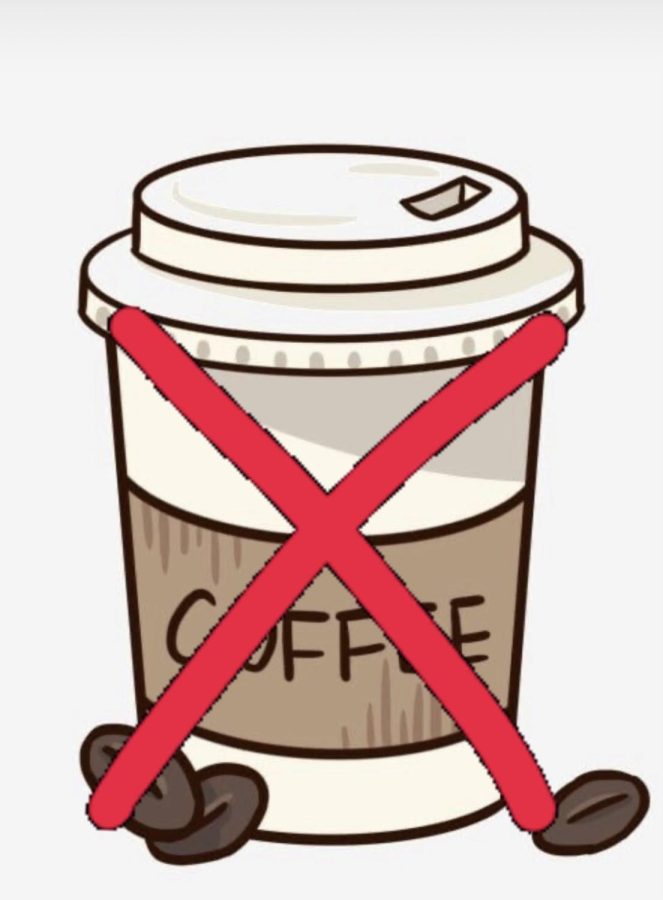 Is the extra energy worth the negative side effects?

Is the caffeine boost really worth it?

As I was sitting in AP World History, my leg was vigorously shaking up and down while simultaneously matching the rhythm of my uncontrollable pencil tapping.

We had a presentation that day, and I had stayed up until unspeakable hours of the night completing my homework in addition to preparing for the presentation. To combat this poor habit that occasionally impedes on my life, I had one too many cups of coffee.

At the moment, I thought that I was doing future Allie a favor. I thought I needed to be awake and alert for the presentation. However, the combination of lack of sleep and an endless amount of caffeine created a new version of myself that could only be described as off-the-wall jittery.

Typically speaking, I am an advocate for avid caffeine drinkers, as, I am sure you have guessed, I am one; however, that being said, even I have dealt with the negatives firsthand.

According to Healthline.com, there are nine major negatives that might occur with the overconsumption of caffeine, with the three most common being anxiety, insomnia, and addiction.

Most people I know are familiar with the concept of anxiety and have felt it firsthand. However, some people might not realize that drinking multiple cups of coffee per day—as many people tend to do—may be a real factor in the different levels of anxiety they are experiencing.

Where anxiety exists, stress follows quickly behind. When I get most stressed, it is often due to the large quantity of things I have to get done. These are the moments I find myself brushing sleeping habits to the side—such as that dreadful day in AP World— and instead focusing on each new task I have to complete. When I find myself in these situations, it is caffeine that is feeding into This vicious cycle of stress and anxiety.

Most people would agree that caffeine’s main purpose is to keep them awake; however, this praised quality is not so beneficial when it comes to the hours when you actually want to sleep.

Obviously, the effects of caffeine are most effective an hour or so after consumption; however, it takes 7-10 hours before the effects are completely inactive. This astonishing fact has made me question the occasional cup of coffee I have before work at 5:00 pm. If you’re struggling with a consistent sleep schedule, cutting out caffeine for a week might be something to consider.

In the most serious sense of the word, studies have shown that caffeine does not cause true addiction. However, it has been known to trigger similar brain chemicals to that of drugs.

The most common signs of being “addicted” to coffee only occur once consumption has stopped. With side effects such as fatigue, sleepiness, and inability to focus; however, the most commonly experienced one is what I like to refer to as the “coffee headache.”

The majority of the time, I don’t get a headache from lack of caffeine; however, there have been a few occasions when I do get one, and it’s those moments when I take a step back to reevaluate how much coffee I typically drink compared to how much I had that specific day.

Like everything in life, it shouldn’t come as a shock to anyone that caffeine in moderation is completely fine. Despite this fact, however, many people aren’t actually consuming in moderation. With 90% of the U.S. population consuming caffeine on a daily basis, it might be in the best interest of all of us if we reassessed how dependent we truly are on our daily caffeine intake.