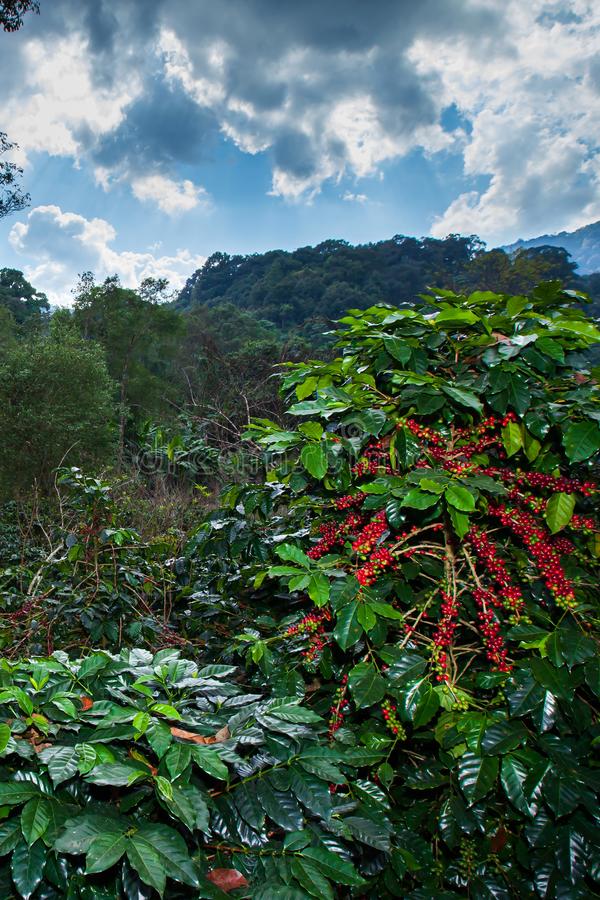 Your cup of coffee or the world?

When you wake up in the morning, and you hear the satisfying ripple sound your coffee makes as it hits the bottom of your mug, I can almost guarantee your first thought isn’t “hmm, I wonder what environmental impact coffee has on the world.”

I know this because I am an avid coffee drinker, and never once when I am pouring my coffee at 7:00 AM has that thought crossed my mind.

However, upon further research on the topic—that, luckily, was not conducted at 7:00 AM—I have found that, like most things, our precious coffee has serious environmental repercussions. The most severe being deforestation.

When it comes to typical methods of coffee production, the environment consists of highly elevated tropical and subtropical areas, where coffee beans can grow naturally. However, in the 1970s, a new way was invented: sun-grown coffee.

Sun-grown coffee is when there are rows upon rows of coffee beans lined up in an open area where direct sunlight can be reached at all times. Aside from the fact that these coffee plantations eliminate the ability for a more diverse plant population in that area—ultimately lowering the biodiversity entirely—they also create another excuse for deforestation.

The switch in coffee production methods has led to over 2.5 million acres of forest being cleared in Central America alone.”

The switch in coffee production methods has led to over 2.5 million acres of forest being cleared in Central America alone. In addition to this affecting the insect and animal life these forests used to hold, it is also affecting our lives by greatly contributing to the climate change crisis from the lack of carbon admissions.

Although deforestation is a key issue that occurs from coffee production, there are a slew of other environmental factors that quickly follow. Examples include water pollution and contamination, agrochemical usage, waste, and soil quality.

Many of these issues are permanent; however, there are ways to slow them down by mimicking how coffee is naturally made. When coffee is purposefully placed in typical environments where it would naturally thrive, it can grow without drastically affecting the ecosystem within the forest. This method is referred to as shade-grown coffee.

In a more simple sense of the word, shade-grown coffee is organic, meaning it doesn’t contain pesticides or herbicides. When the coffee plants grow under the shade, it gives protection to the plant itself while also allowing other plants and animals to survive. In addition to this, the soil stays fertile & nutrient-dense.

This phenomenon is not only better for the environment but also provides better quality coffee in the long run.

Shade-grown coffee can be found right alongside sun-grown coffee in your typical grocery store, but many people don’t truly understand the drastic difference between the two, and because sun-grown is the most popular, people aren’t aware that by straying from their habits it might actually benefit them as well as the world we live in.