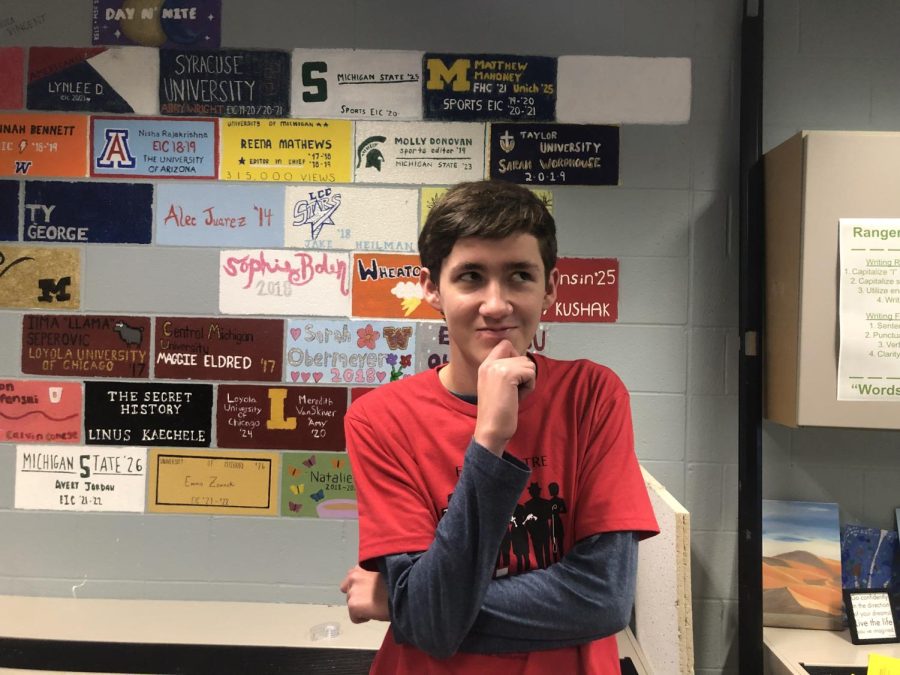 “It’s just really fun to do, and even though it can be stressful sometimes, [I’m] surrounded by people who also [are there] to have fun and put work into something to [feel] rewarded after it’s over.”

“I liked doing play performances in middle school, and I did it last year, of course, so I knew I wanted to do it again because it was such a positive experience last time.”

“A bit, I mean my character is this little timid shy guy and I guess I relate to some of that. He’s a little bit more extreme than me, and he has a super high voice, and that’s not what [I sound] like, at least I hope that’s not what I [normally] sound like.”

Who is your character when you play Clue?

“I like to high-five everybody, that’s a fun thing I like to do. Of course, getting ready before [the show] is nice, but I’m not on [stage] for a good three minutes into the play [so I] just try to catch what’s going on on stage.”

“I think the earliest you can listen to Christmas music is the beginning of November, usually I don’t listen to it until after Thanksgiving because that’s when it’s actually Christmas time.”