EAchieve Could Use Some Work 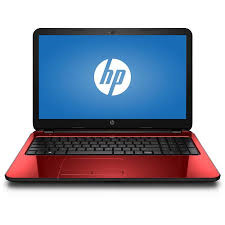 Let’s use our imagination for a minute. You’re on your way to fourth hour. You’re effortlessly gliding down the hallway with a lightweight backpack slung over one shoulder- a backpack containing nothing more than a few mechanical pencils and a small, sleek laptop. It has suddenly become unnecessary to make any inconvenient locker stops because everything you could ever need for any class is literally tucked away in your bookbag.

This happens to be the typical “American Dream” for most students here at FHC. Unfortunately, it’s far from reality.

EAchieve has apparently achieved a few irritated groans and dissatisfied complaints throughout the halls here. It seems as if the brand new “bring your own device” policy has been a significant hindrance and wasted valuable learning time as technologically challenged teachers struggle activating Google classroom on a daily basis. EAchieve has suddenly created both chaos and confusion; you have students who never show up with their device fully charged (leading them to ferociously move across the classroom and territorially claim a seat next to an outlet) and then you have those who consistently forget their device and must therefore trek to the office, locate a cart, and borrow a Chromebook. Let’s face it: EAchieve has directly created a sense of mayhem.

Eachieve is a brand new program that was recently initiated by Forest Hills Public schools for the 2015-16 school year, one that has completely affected each student’s daily life, altered every teacher’s curriculum, and, on top of that, created a hole in every family’s wallet. With EAchieve’s overwhelming effect on the community as a whole, it has suddenly become imperative for  teachers, parents, and students to constantly be on the same page. Unfortunately, this is not the case. While some instructors are adamant about utilizing a modernized approach within the walls of the classroom, others barely even require students to bring devices to class. While this may sound rather cynical and pessimistic, it is simply the harsh truth. It seems rather ridiculous that FHC would require each student to purchase a device (after repeatedly emphasizing how necessary and crucial it is that everyone have one) and then require we pull them out less than half of the time.

When the initiative was originally introduced, the preconceived notion was that things would suddenly become more expedient for students. A majority of individuals expected that the devices would be employed in both a practical and resourceful manner, meaning textbooks would be able to be accessed online as well as a teacher’s guided notes and homework assignments. Not only would this significantly reduce the number of 200 page tomes we would be required to carry around in our bags, but several notebooks full of scribbled down notes would suddenly seem excessive as well. A recent study carried out by the University of California reveals that 64% of teenagers reported experiencing back pain while carrying their backpacks from class to class. Of that 64%, 90% classified the pain that they were experiencing as severe. Back pain can gradually worsen with age and eventually lead to a strained neck, a distorted natural curve, and rounded shoulders. EAchieve had the potential to decrease the chances of students experiencing these problems; however, it simply made matters worse. Now, not only are students supposed to heave around their textbooks, notebooks, and binders as they bound from classroom to classroom, but now they are suddenly expected to carry around their devices as well. According to scientific research, a book bag that weighs 20% or more of an individual’s body weight can have long term negative effects.

Incorporating devices into a teacher’s everyday curriculum can drastically increase the time students are told to sit in their seat, simultaneously decreasing the need for interactive activities that require students to move around a bit. Constantly sitting in the same position for hours at a time can not only eventually lead to bad posture but can also negatively influence circulation, increasing the risks of cardiovascular disease. Extensive use of both keyboards and touchpad mouses possesses the ability to stiffen the multiple muscles located in the hands, arms, and necks; this can cause both inflammatory and temporary injury. Constantly staring at a bright screen, with your eyes glazed over and a blank expression plastered on your face, can potentially lead to irritating migraines, blurred vision, and even provisional vision disorders.

It is rather ignorant to blindly assume that every student and teacher within the halls of FHC is technologically advanced. As opposed to using each device for simple, manageable tasks such as sharing a document or sending an email, students are suddenly expected to become the next Steve Jobs. As if they do not have enough on their plate already, they are now supposed to be aware of how to create a detailed spreadsheet using given information  and how to access Chrome Apps from the Google homepage. This seems both overwhelming and superfluous considering that just last year, individuals were scolded for having their phone laid out on their desks. It seems as if there is too much pressure being placed on not only students, but also teachers. Instructors who are unsure of how to turn on their own classroom document cameras may have difficulty figuring out how to operate and navigate new, modern devices and programs. It appears as if instead of making daily tasks effortless, EAchieve is making them challenging and complicated.

The new initiative that was introduced this school year appears to be quite controversial considering it has the possibility to contribute to various health issues and serves as a major hindrance within the classroom. It is obvious that more effort should be placed in utilizing the evident potential EAchieve has and developing fresh, innovative ways to make the approach more productive. Until then, it’s safe to say I’d like to stay unplugged.