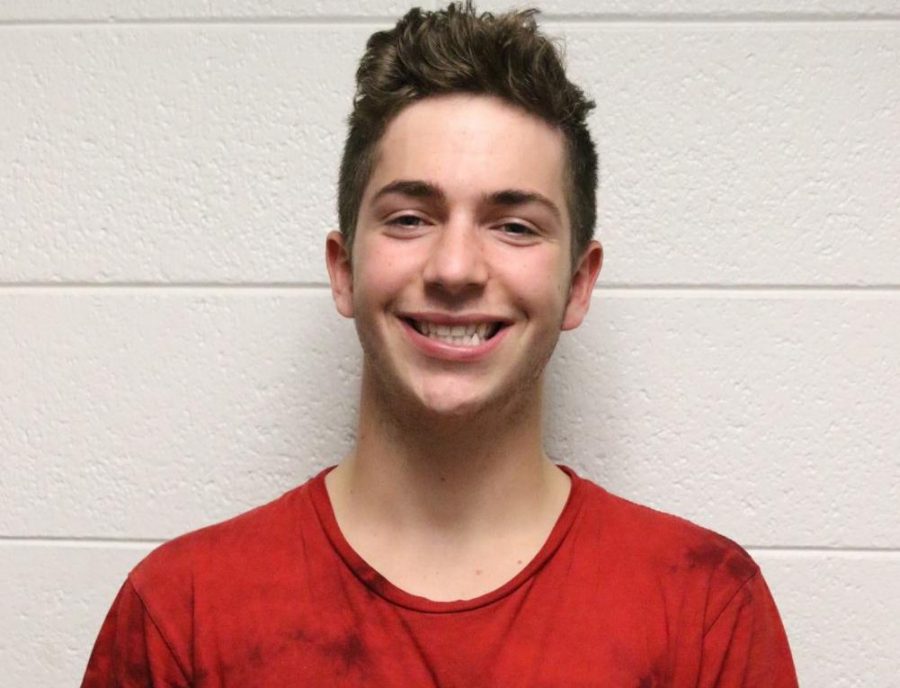 “I’m excited to bring a play that’s never been seen before to students and parents; it’s unlike anything we’ve done before.”

“I feel that over time, I’ve grown to really like my character. The overall way he acts, his mannerisms– they’re all really interesting.”

“Growing closer to people that I don’t necessarily know all that well. I’ve made a lot of new friends this year, and understanding the play inside and out is really cool.”

“It’s an action-packed show where you have to pay attention or you’ll miss something. It’s hilarious. It’s one of the hardest shows to do (but fun), and they should be thrilled to see the show. It’s so hard to describe; you really have to see it to understand it.”

“Definitely all of the things that happen to me or go wrong. They’re all so weird, and you wouldn’t expect them to happen to anybody, and they all happen to me. It’s just so funny and different.”

6.) What difference does your character have that you’ve had to work through?

“His way of behaving, and for example, asking questions is very different from how I might ask questions. I feel that it’s kind of challenging trying to embody what another person is, especially when it’s a character that can be very different but also very similar to me.”

“Absolutely! I’ve been in three musicals, two plays, and two Random Acts of Talent shows, and I think without theater, I wouldn’t be who I am today. I wouldn’t have the same confidence in myself, and I’ve met some of my best friends through theater. It’s one of the best things you can do in high school, and anybody who’s interested in [theater] should do it.”

8.) Is there anything else you would like to add?

“I think that if you’re willing to try, audition for the play or musical. Even if it’s out of your comfort zone, it’s so worth it. You’ll gain experiences that will last a lifetime.”