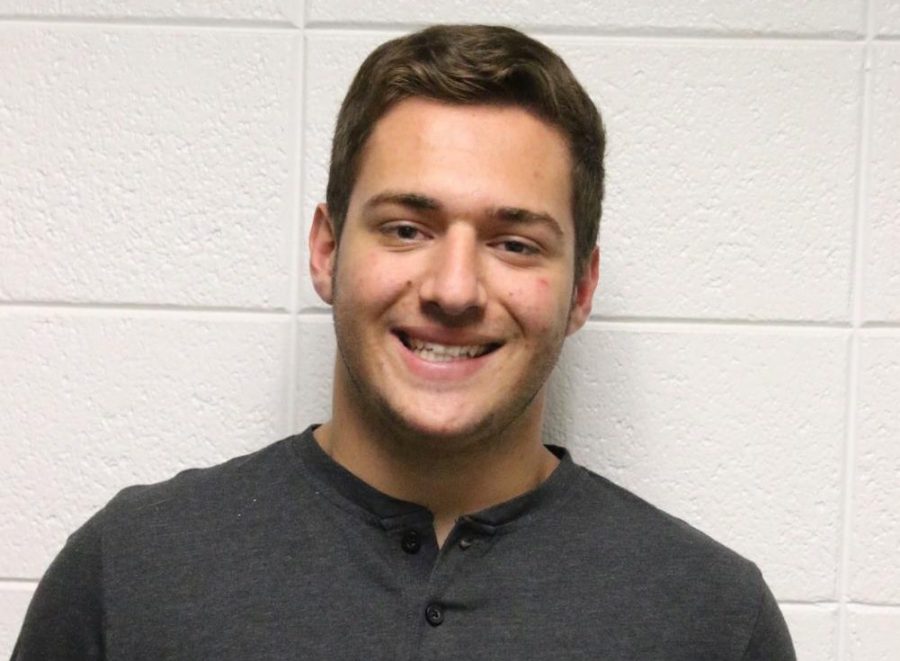 “Just for everyone to see what we’ve been doing; it’s such a blast. It’s a really fun show; it’s going to be so hilarious. I just want everyone to come laugh with us.”

“I play Lloyd; he’s the director of the show within the show. He’s dry, super sarcastic, and kind of condescending. I’m super sarcastic too– probably to the point where it’s not okay for me to be that sarcastic. We just have the same sort of dry sense of humor and sarcastic kind of thing.”

“It’s only nine people, so you have this small core group. We all have inside jokes; it’s just so much fun to be around that group of people, hang out with them, and just make an awesome thing.”

“The entire show. It’s so chaotic, and there is so much happening; it’s really fast-paced. There are some jokes that are fast-paced and almost kind of raunchy, but not really.”

“I’m in charge of everyone, so I have little moments with every person [and] every different character role. I get to walk around and mess with the people. I get to get angry and frustrated all the time; it’s just fun to be mad at everybody almost.”

6.) What differences does your character have that you’ve had to work through?

“My character– he’s complex; there are lots of different aspects of him. He’s acting one way in this part, and then he kind of gets more and more angry and frustrated within. It’s these small characteristics that are hard to get a handle on.”

“100%. When I was new here as a sophomore, one of the first things I did was the fall play. It’s where I first started meeting people and having friends through rehearsals. There’s a core group of students who are always doing theater stuff, and I’ve just become great friends with them and made some awesome memories.”

8.) Is there anything else you would like to add?

“Come to the show. It’s going to be absolutely hilarious; you’re going to have a blast. It’s definitely different than something we’ve ever done before.”