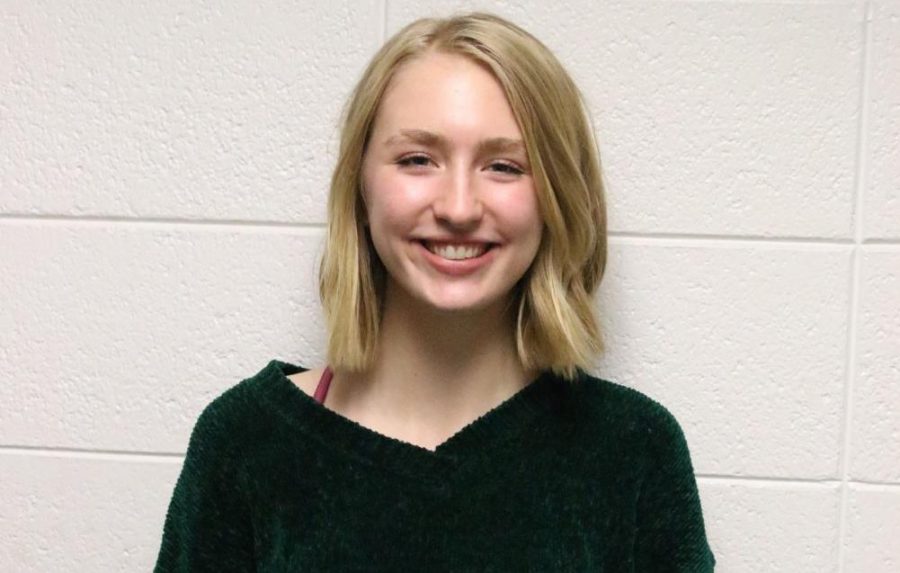 “I’m most excited about just the fact that we’re doing Noises Off. It is one of the hardest shows ever, even at the professional level, and I’m so excited to see what we can do with it.”

“I think I fit my role well because Poppy is the assistant stage manager, and I actually have experience working backstage. I know what it’s like to be on the crew of a show that’s going absolutely, horribly, wrong, and so I think that lets me get inside Poppy’s head a lot of the time.”

“I love the people. The play cast always gets so close, and I love being able to form close, personal connections with my castmates.”

“There is absolutely nothing boring about this show. Everywhere you look, there’s something new happening– something crazy and unexpected and downright hilarious. There’s literally no time to breathe between everything going on, and it’s going to be so much fun. Also, this show is really unique because you get to see what’s going on backstage during act 2, and it’s absolutely chaotic (in a good way).”

“My favorite part of my character is how much she hates acting. Poppy is a crew member through and through, which makes for some pretty hilarious scenes in acts 2 and 3.”

6.) What difference does your character have that you’ve had to work through?

“When things are going wrong backstage, Poppy just gets distressed and flustered, while I tend to get more annoyed and irritable. Poppy’s a much quieter character in terms of emotions than I am, so I’ve had to work to tone down my natural reactions.”

“Absolutely. It has helped me find who I am and become more confident in that person– interesting how you can find yourself by becoming another person for a few hours.”