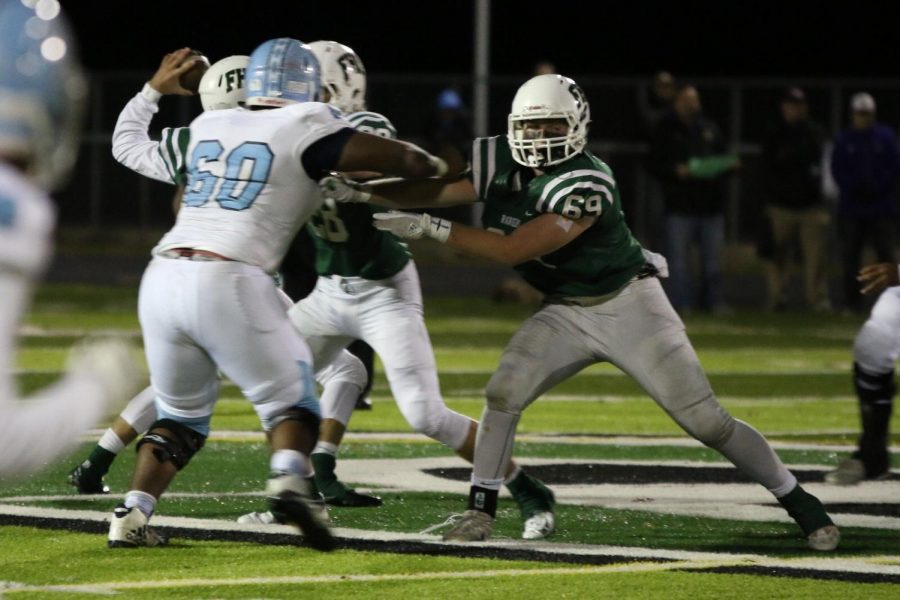 How has this season your best season as a team and individually?

This has for sure been the best team that I’ve been on in my career. I guess I have become slightly more of a vocal leader than in previous years.

What does it mean for so many players to be honored as All-Conference or Honorable Mention?

I think it is really rewarding to have so many different All-Conference players. We have put in a lot of work in the past three to four years and it is nice for us to all get recognized for it.

There has been some ups and downs in your season personally this year, what have you done to keep everyone’s heads on straight and still help this team even with your own personal issues going on in the background?

Well, as you may know, I was recently punished for a hit I had against Mona Shores in the District Championship game. As a result of the hit, I was not able to play in the Regional Championship game against Traverse City Central. During that week in practice, I tried to play on as many scout teams as I could in order to prepare the guys who would be filling my spot. I am extremely grateful for how my boys responded to my incident. They all made sure I knew they would have my back no matter what, which was a pretty cool feeling.

Will you be returning to action this weekend?

My status is still up in the air for this upcoming week. Because my suspension was ruled “indefinite” by our coaching and athletic staff, they will have the ultimate decision if I come back and play this week.

What is your best memory from this season?

The best memory I have from this season definitely has to be when we beat Lowell on homecoming night 35-6. Our school has not been able to come out on top against them in a long time, so I think it was a good win for us and the community.