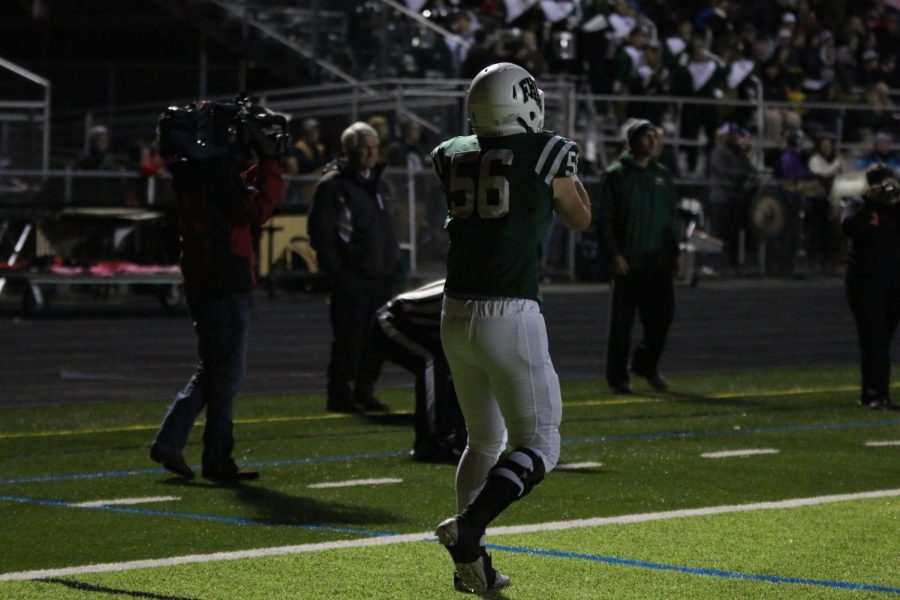 Being a senior captain, how have you helped this team to succeed and push your teammates to their highest potential?

I just make sure that everyone stays focused on the task at hand, even when the times are tough. During games, it’s been one of my jobs to keep our guys’ heads level when we face adversity. Especially during halftime of games when we’re down, I have made it a goal to make sure they believe in themselves and not turn their backs on one another.

What does it mean for FHC to have so many players, including yourself, as All-Conference or Honorable Mention?

It’s an incredible feeling because there have been so many great players mentioned, and to be considered one is a great honor. Having all these players nominated is just a testament to all the hard work we have put into this season. I wish we could have had a few more nominated, but this had been a great one. This is just an award to our team’s season and effort we put in.

What is your best memory from this season?

There have been so many great victories for our team, so it makes it tough to only pick one. In the offseason, we bonded a ton by going to Forest Hills Foods and swimming in the river, but these moments are what made our wins so good. West Ottawa sticks out because it was our first big test as a team, and it proved to us that we can win the close games after losing three last year. Of all our wins though, Mona Shores has to be the greatest memory of them all. They are a state contender year in and year out and were a huge roadblock along our road through the playoffs. It came right down to the wire, and pulling it off and holding that trophy in front of our home fans was incredible. Something i’ll never forget.

What is your advice to next year’s captains?

Just make sure to bond the underclassmen because the chemistry of these last two teams has been excellent and a reason we win so many games. It’s important in the summer to come together and for the team to realize they need to be together to win, and this unity starts with senior leadership. They should also know that they are going to be the role models on the field, so they can not show weakness and always be confident in the team’s ability.

What kind of mindset do you bring into this weekend against a talented team in the state semi-final game?

I have tried to keep the same mindset this week as well as the other guys. There is a lot on the line, but we try not to think that way because if we play the right way, we know we can take care of business. They are one of the most talented teams we’ve come across, but we are a battle tested team that is ready for a challenge.

What does it does it mean to be a captain of arguably the best team in FHC history?

It’s surreal to me that we have been able to join the ranks with some of the great Ranger teams from the 90’s. Helping lead these guys has been such an honor for me, but I haven’t soaked it all in yet. Everything about this season has been excellent, and I hope we can keep it up and become the greatest team in history.