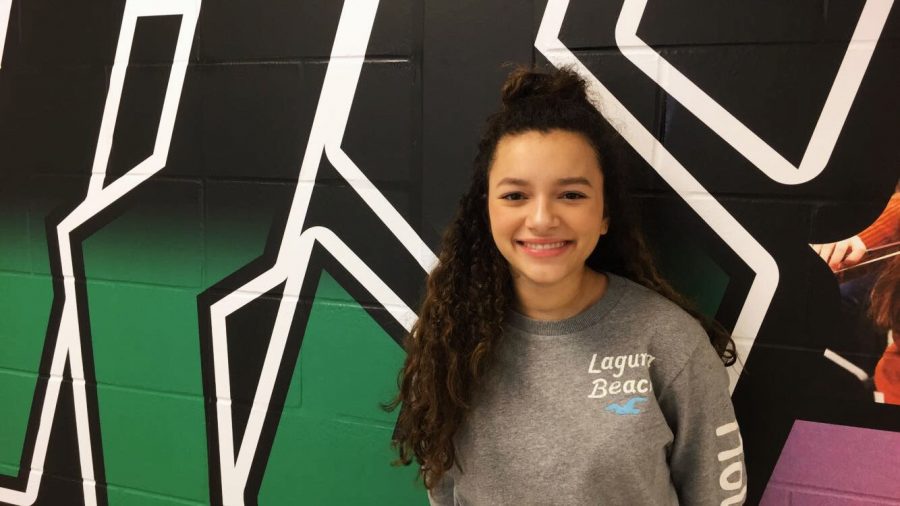 “[Cole Kaminski and I] met in eighth grade when it was my first year at the Forest Hills district. I had him in my first and second hour, which was Spanish and science. We’d been talking for the whole year, and then we really started talking during the summer. That’s when we really [became] friends.

We had been friends for a while, and [this] was one of the first times we’d really hung out. We were watching a movie, and he kind of just looked over at me and said, ‘Do you want to be my girlfriend?’ It was after a while where we both knew that we liked each other but were not officially dating.

We both really care about each other a lot. Since we’re both kind to each other, if he does something that bugs me, I tell him straight up. He helps make it better, and he does what he can to remedy [the problems].”