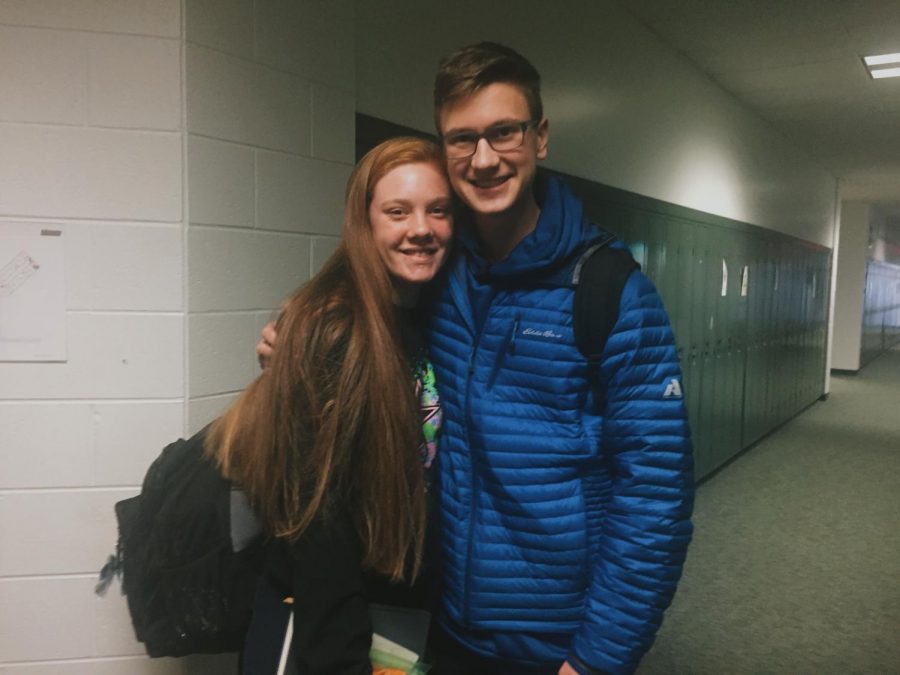 “Katie and I have been dating for a year, four months, and three days. It’s been a pretty great time. We’ve been to four dances [together]. I asked her to homecoming, and that was our first date in October 2016.”

“[For Winterfest,] I made puzzle pieces, and there were nine of them. I gave each of [Alexander’s] teachers one, [as well as] three friends. And then throughout the day, he got them. At the end of the day, he put the puzzle together, and it said, ‘Winterfest.'”

“[The Winterfest idea] was really cool. Each piece had a clue that was personalized to me. There was one that was for Captain America which is very cool. There were a lot of cool things, and she did one related to every single class that I went to which was also very cool. So, each clue was related to the next class I’d be going to.”