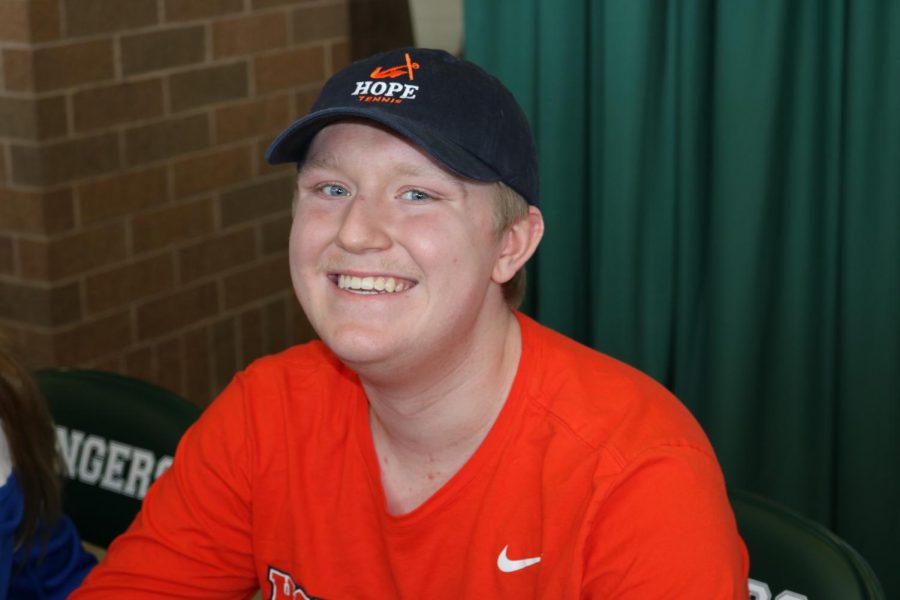 Why did you choose Hope as your final destination?

I didn’t want to go to college based on my ability to play tennis there or not, but it just came down to the fact that Hope had everything I wanted in a college. When I took my visit in November, it felt like home and a place where I could succeed in the future, and the fact that I could play tennis there was an added bonus. I decided a week or so after that.

What was the turning point that made you want to play tennis in college?

I think the turning point was when I won my second state championship my junior year. College tennis was always a goal of mine but due to my success, I started to finally realize that something I’d always wanted to do was very achievable. It was nerve-wracking yet exciting knowing that this could be a part of my future.

What is your favorite moment from tennis career?

My favorite moment of tennis is by far winning my second state championship at Hope College. It was against our biggest rivals and we lost to them twice prior to states, so the redemption meant everything and that feeling of your goals being accomplished and getting what you’ve been working so hard for really was incredible. We were also really happy because we were the only ones to win on our team, and even though we would have both rather won as a team, winning individually is definitely second on the priorities list.

What is your biggest goal once you get to Hope?

Describe your journey from early tennis experiences to now.

My early tennis experiences to now are different but also the same. When I was younger, I would play with my family and hit with my dad, and then play in these tournaments that didn’t really matter. Now the intensity is very different and I know that everything counts; I always need to be mentally and physically ready to play. I still play with my dad though, and it is something I’m really happy that we continued since we started when I was just 7 years old.