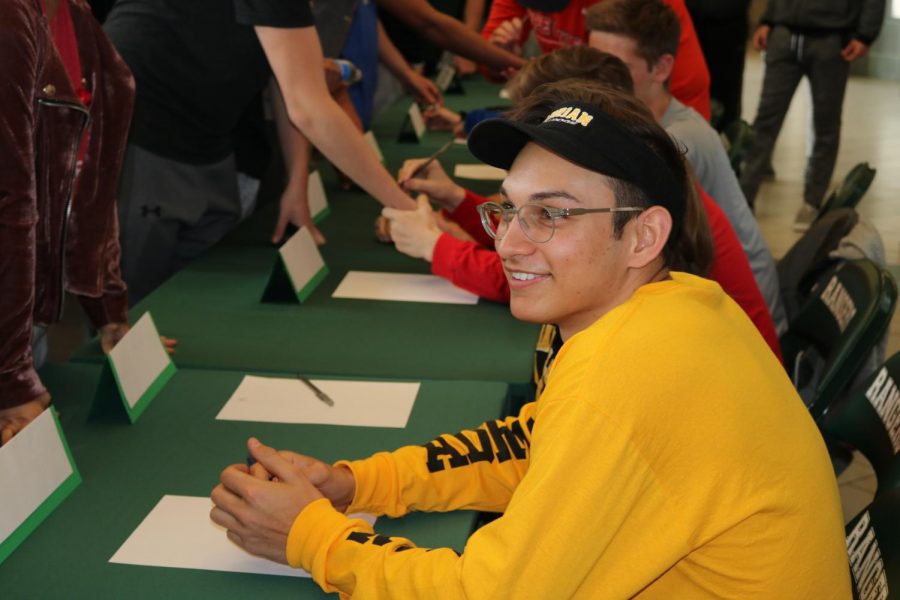 Why did you choose Adrian as your final destination?

I choose Adrian because of their geology program, size, and also their rowing program. I wanted a small school, and I felt that Adrian fit me. They also only have the only varsity men’s rowing in the state, which was also a plus.

What was the turning point that made you want to row in college?

My freshman and sophomore year I really only liked crew because of the people and friends I had met. Then during the winter season of my junior year, I really fell into the grove of erging and found a new found love for the sport. It was in that season when I realized I wanted to do this past high school. I started to look at schools that had programs and stumbled upon Adrian.

What is your favorite moment from rowing career?

My favorite moment of my rowing career so far has to be placing second in the junior eight last season at states. Even though I had won states in the lightweight eight, there was something special about the junior eight. We had come so far that season, and our boat had bonded so well. That was also my last race ever in that boat. Going into the finals, we were ranked fifth, and we somehow managed to take second, only about one second behind first.

What is your biggest goal once you get to Adrian?

My goal at Adrian is to really just get faster crew wise. I know at the college level, the sport will push me even harder physically and mentally, and I’m really looking forward to the challenge. I also want to do well in my studies there.

Describe your journey from early rowing experiences to now.

Going into my freshman year, I was a coxswain (the person who yells at the rowers), then after my first winter season practice, coach told me I was not gonna be a cox because of my erg score. Each year my numbers got faster and my rowing form got better until I was one of the top guys my junior and senior year. Now I row in the fastest eight and have a state gold under my belt.