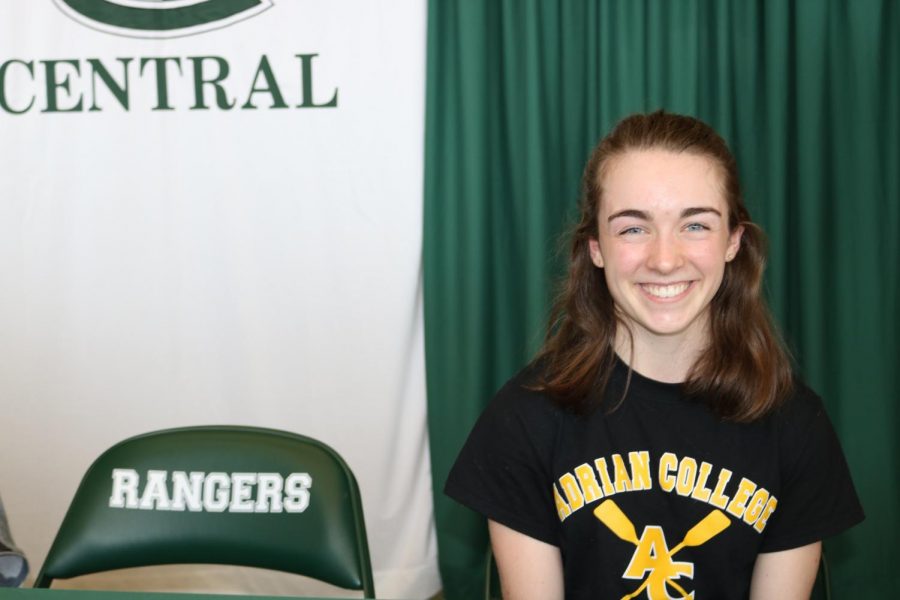 Why did you choose Adrian as your final destination?

I chose Adrian College because it provided me fantastic opportunities both academically and as an athlete. I’m hoping to go on to dental school, and Adrian has an exceedingly high acceptance rate into graduate programs, so I know that if I do end up going to grad school, I’ll be thoroughly prepared. Adrian is pretty small, which means I have small class sizes to look forward to as well.

What was the turning point that made you want to row in college?

At 5’2″, I never imagined myself having a future in collegiate level rowing; most serious college rowers are close to 6′. Even still, it was always a hope of mine to continue rowing in college, so learning that I could row at Adrian was probably the turning point for me.

What is your favorite moment from rowing career?

My favorite moment in my rowing career would have to be my lightweight 8 race at the States Regatta last May. Last spring our racing season was badly affected by the river flooding, and our team lost several racing opportunities to bad weather. We had trained hard all season but before States, this particular boat had only raced once before, where we came in second place by mere seconds. We ended up winning by fifteen seconds at States, and the victory was all the more gratifying knowing all the hours of blisters, sweat, and tears that had gone into our training.

What is your biggest goal once you get to Adrian?

I’m not sure what my biggest goal would be, but as a student, I’m aiming to get into dental school and as an athlete, I’m looking forward to being a member of the crew team and hopefully getting faster.

Describe your journey from early rowing experiences to now.

Before I started rowing, I played soccer. I primarily played the sport recreationally and knew that I wouldn’t make the high school team, so I began to look for a new sport. Rowing first interested me because of how it embodied the concept of a ‘team’ activity; if all eight rowers aren’t in perfect sync, the boat will never move its fastest. A boat is only as fast as the slowest person, and I’ve gained an even greater appreciation for how the sport humbles you and makes you look for ways to improve the entire boat, rather than just yourself. I’ve seen an incredible amount of encouragement and genuine support among my teammates, and aside from a few snowy days, practices are always an enjoyable time (being out on the water never grows old). The positive experiences I’ve had as a member of the FHC crew team were what motivated me to row in college, and I’m thankful that I was able to have found this sport and been a part of the team, and that I have an opportunity to start the next phase of my rowing career in the fall.