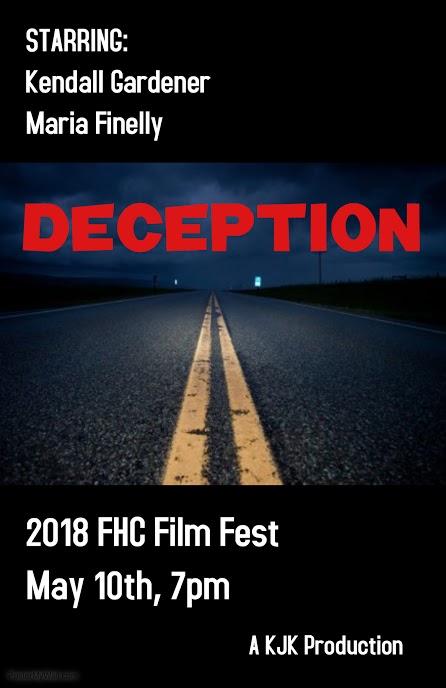 “It’s about a girl who is trying to deal with the death of her father while being chased by the government for an answer in a world she doesn’t recognize.”

“Our theme is ‘Reality is not always the truth.'”

“The movie Inception is one of my favorite movies, and I wanted to make a film that had the same concept.”

“Filming is a lot harder than it is anticipated. You not only have to find people to actually be in your film, but then you have to know where you’re filming, what specific scenes you are filming, and what props you need. Sometimes scenes take five minutes or three hours to film. Your patience is really tested while filming. The editing process is very long. You have to first layout all the clips in order then trim them so there isn’t anything extra. After that, you make sure you have all the audio levels the same, so one clip is not louder than another. From there it can be personal preference – changing the exposure, color, or putting filters on. Once you have it all laid out, you then can put in music and graphic, or any fancy touches.”

“We really chose our actors and actresses by our group. Two of the four main characters are people in our group. That way, if we needed a quick reshoot on a scene, we wouldn’t have to worry about other people’s schedules.”

“My favorite part of the creative process is learning new editing tricks along the way, whether it be using a new filter or color correcting clips.”

“Our main message we were trying to convey is not to always trust [everyone], and reality isn’t always the truth.”

“We expect our audience to have a couple laughs, and we threw in some humor; but for the rest of the film, it’s directed to be a little more serious. We want them thinking, not in a confused way, but realizing plot twists and foreshadowing earlier in the movie that is a big surprise at the end.”

“Our film has a more serious tone to it in which not a lot other films have. Other films are more comedy or thriller or high action. In [ours], we have a little bit of everything.”