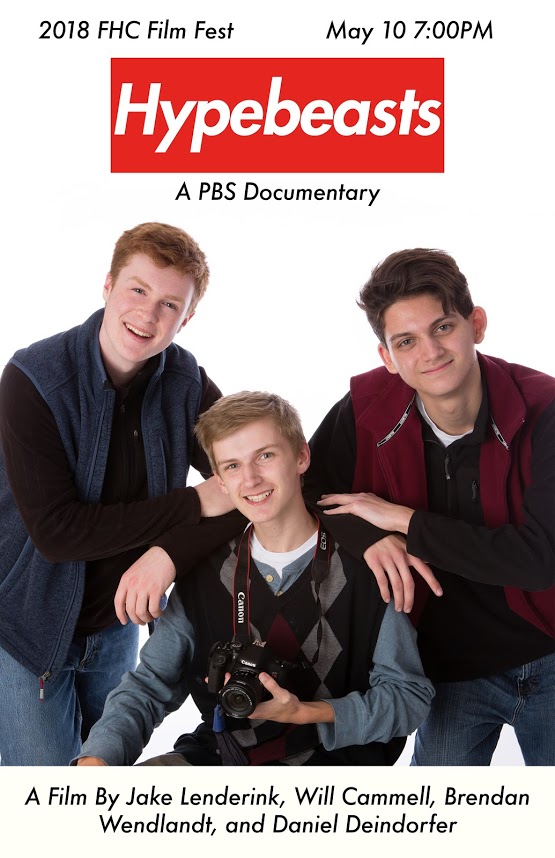 “Our film is about two lovable, goofy characters who set out to shut down some people who are selling fake designer clothes.”

“The theme is all about how some people nowadays, especially high schoolers, can be materialistic with clothes and brands. We wanted to send a message against wearing clothes just because its a name-brand It’s very lighthearted though, and very funny.”

“Our film is inspired by certain shows we love, like The Office and American Vandal. Our movie is the mock-documentary style similar to those shows, but we took our own spin on it by making it about clothing and people who sell fake clothes.”

“Filming was quite fun as we really didn’t go off our script much at all; we were able to adapt and improvise nearly any scene. If we thought of something that we thought was funny but it wasn’t scripted, we’d just roll with it. The editing was also enjoyable but was extremely tough to cut our film down to the 15-minute parameter set by Manders. Originally, it was 19 minutes, and we had to cut lots and lots and lots to make it short enough to be in the festival. That was the main challenge, deciding which parts to take out.”

“Well in our group, it was clear that Will and I were more enthusiastic about acting in it and Jake was more equipped to film everything very well. It was kinda just decided from the beginning who would play which role.”

My favorite part would have to be the filming because, like I said, we were able to essentially come up with anything we wanted on the spot and go with it. It was very liberating to have a project that was so completely our own– we could just throw in an improvised line or scene and make it work.

“Our message is to discourage people from being materialistic or wearing clothes just to be perceived as cool. Wear clothes for self-expression instead. But, as our film is a comedy, it’s all obviously very lighthearted and fun.”

“They can expect to laugh their socks off and see Will and I make fools of ourselves on camera.”

“The thing that makes our film unique is how it was filmed — our film is a documentary-style film We have interviews and a story progression that is less linear than other films.”