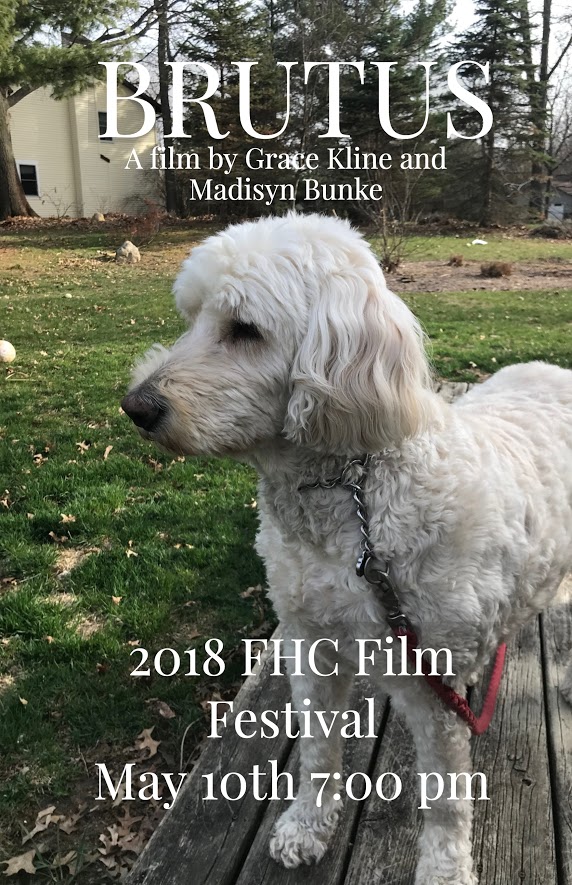 “Our film is about four animals: a dog (Brutus), cat (Onyx), fish (Cheeto), and chinchilla (Chubs). The dog and cat are best friends and love to play all the time, the fish is the mastermind, and the cat is jealous of Chubs and Brutus. The chinchilla goes missing, and Brutus is confident that it was Onyx because he was jealous of their friendship. Brutus goes around looking for Chubs and asking Cheeto for help.”

“The theme of our story is a drama.”

“We wanted to do something different that no one has done before, and we really wanted animals, so we came up with this.”

“The filming and editing process takes a long time. We started planning at the end of first semester. The filming process got very difficult once one of our team members left us. She had all of the animals that we needed and was not flexible with filming times, so that pushed us back about three weeks. Also with filming with animals, it was hard to get all of the shots that we needed because we found that the dog and cat could not be next to each other without fighting. We had to film all the other animal shots in one day. After the filming, the editing took a long time too. We had to get voice overs for all of the animals and improvise a lot with the shots that we had. We had to change a lot of our script because we realized that we would not be able to get those shots with the animals.”

“The only person in our film is Will Clancy. We chose him because we know that he is a good sport about everything and would want to help us out. “

“My favorite part was just being able to be creative with our script. We made each of the characters have their own personality which was really fun.”

“Not really sure if we have one… but I guess just to leave your friends alone for a bit if they are annoying you.”

“Our audience can expect to see some cute animals having the same type of drama that humans do.”

“Our film is different from the rest because it is told from the point of view from the animals, which is really hard to do, so not a lot of people would want to do it.”