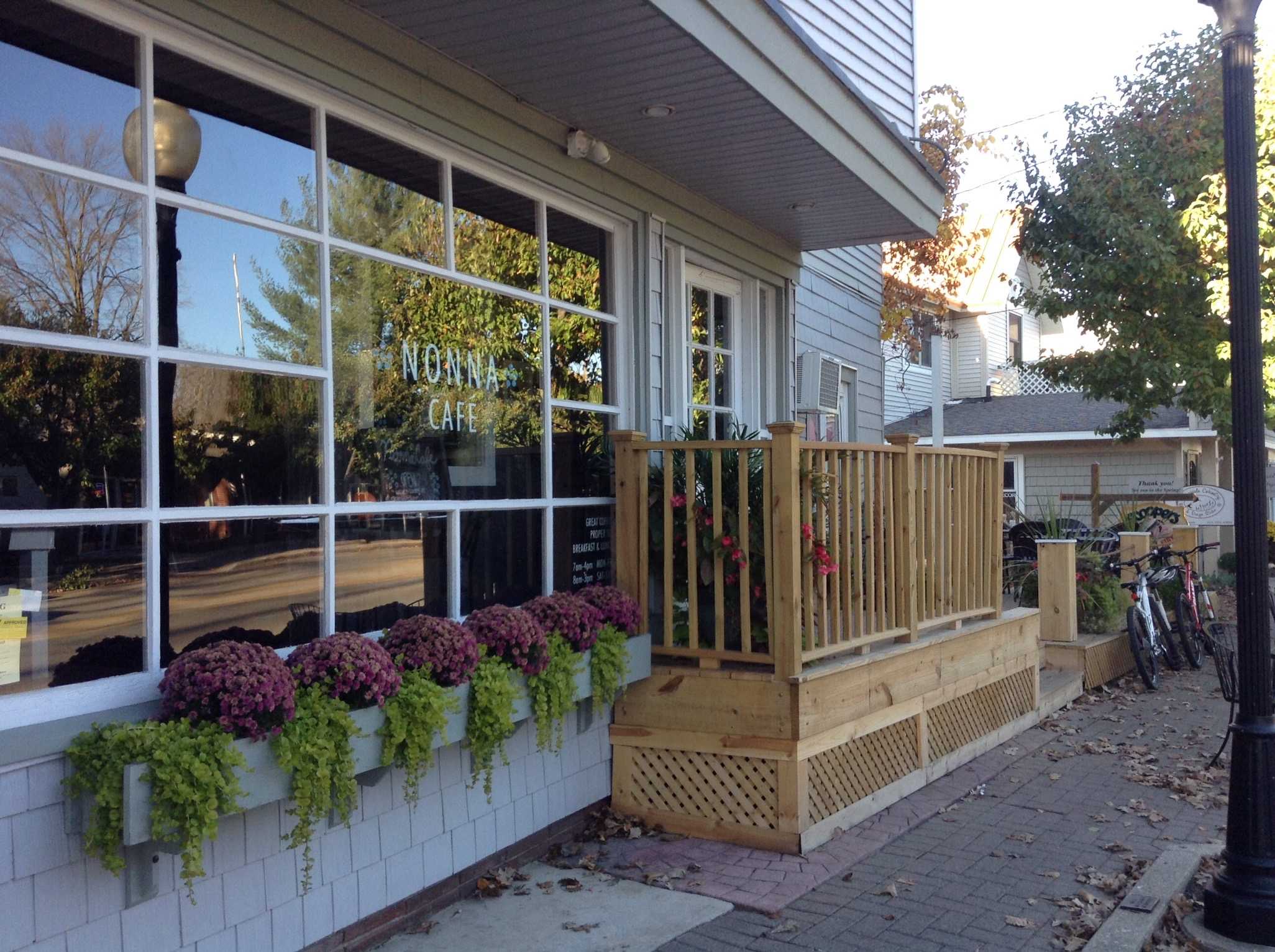 The sidewalk was deserted when my friend and I pulled up outside the Nonna Cafe on our bikes. The place seemed quiet, and almost looked like it had closed for the day. The front window was dark, and the outside overall had a slight ghostly feel, especially since downtown Ada is generally fairly silent around three o’clock. Nonetheless we trudged up the stairs, sore from our bike ride, and pushed the door open with ease. A large chalkboard with the cafe’s hours and serving options in white leaned against the wall. As we entered, the smell of hot treats and coffee was welcome, especially to two tired teens. Each table was set with a small pumpkin and two sets of silverware. The dark hardwood floor gave the place a vintage, homey feeling, but the checkerboard tiles that started in the kitchen also added a hint of a diner. A few pictures and paintings on the wall added creativity, but it was just enough that it did not seem overwhelming.

Since we were the only ones there, both girls who were working immediately popped up from behind the counter and greeted us. When they asked us what we wanted, they did not rush us and remained patient.

We both finally decided on vanilla lattes, and had a polite conversation with both baristas as they prepared our drinks. Despite the fact that the cafe was due to close in less than fifteen minutes, neither of them seemed in any hurry to get us out the door. They were friendly, which added to the calm, quiet atmosphere.

My latte, as a large, was around $4, while my friend’s small was close to $3. Both prices were decent, and not overly expensive. We sat down at one of the tables and enjoyed the peace. My vanilla latte was steaming, the cup warming my fingers. The vanilla taste was strong, but not overpowering. There was a decent mix of the bitter taste of coffee and the creamy taste of milk, which is exactly the way I like it. In comparison to the usual instant coffee that I make every morning, as well as the other lattes I’ve had in the past, this was stellar.

I now regret not ordering a muffin or any sort of food, as my peers have told me those are spectacular. It is almost guaranteed that this cafe will soon become a place I frequent often, as the atmosphere seems like the perfect place to get some homework done. Next time, I will be sure to head down there earlier than close to closing time, and will take a moment to sit for a longer amount of time, enjoying a muffin and a vanilla latte in this little place of vintage simplicity. 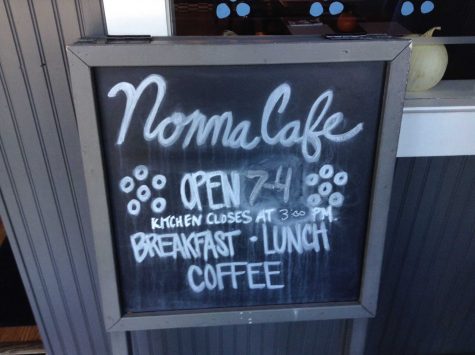