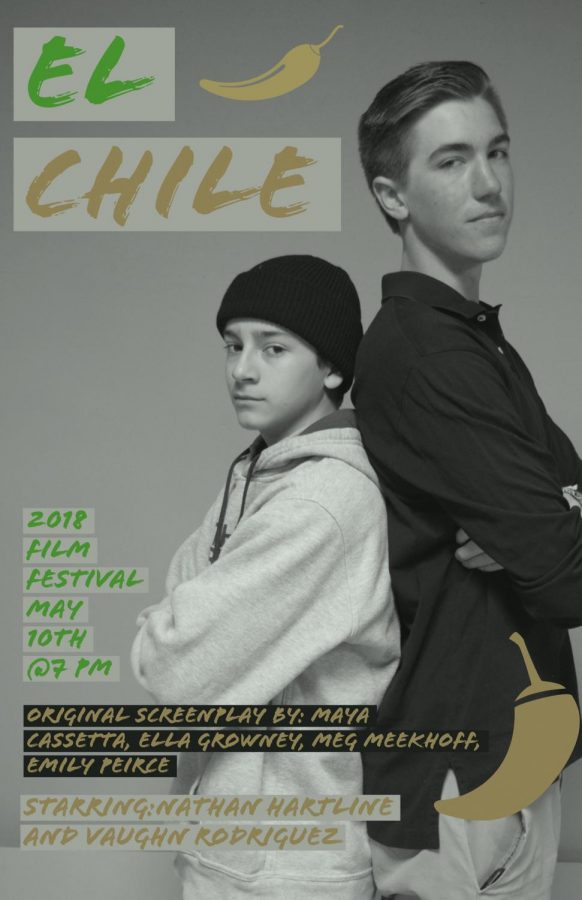 “Our film is about a poor young man named Borfus who hears about a reward for these rare peppers and then embarks on a quest for fortune and glory. Along the way, he meets an officer named Rodrigo, and they decide to work together for a common interest in finding the peppers to get the reward and help their families. As they set out to find the peppers, they face many obstacles and funny interactions.”

“Our inspiration was our friends.”

“The filming process was probably the hardest part– trying to find times that worked for both our production team and the actors. As for the editing, we have spent many weeks in school and before or after working on our film to make it the best it can be.”

“We really wanted to have fun while making our film, so we chose some of our more comedic friends for the job so we could all share some laughs while making the film.”

“My favorite part was the editing process. It was like a puzzle– trying to put everything together and making it all flow to tell our story. Adding music and special effects to make the story even funnier was very entertaining.”

“You can have a lot of fun while trying to complete a mission.”

“A lot of laughs and maybe a little confusion.”

“It’s very random and goofy, which I think just makes it all the better.”