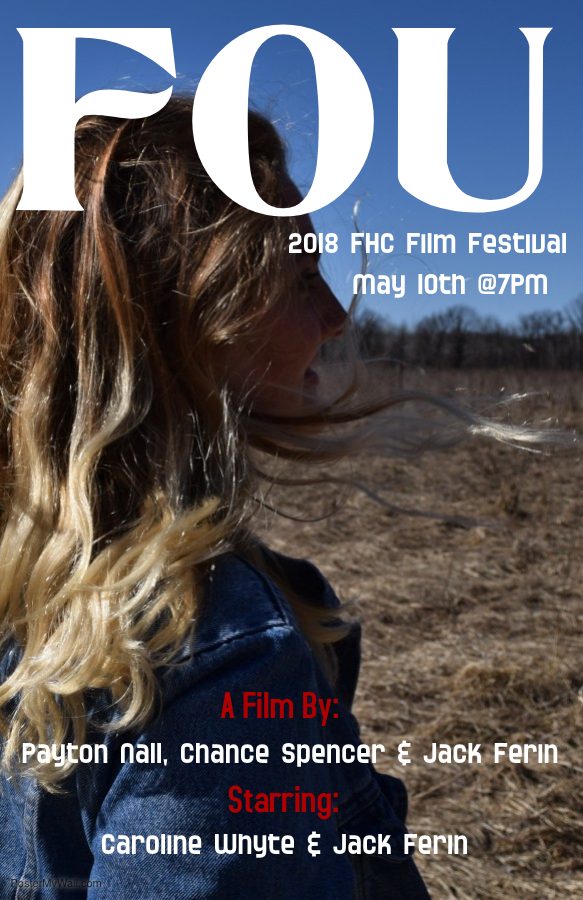 “Our film is about this couple, Linda and Oscar. Linda thinks that her reality is everybody’s reality, but in truth, it starts to alter as the story goes on. She starts to realize that things may not always be the way they were.”

“It’s a psychological thriller, but it gets very suspenseful.”

“Ever since I started taking FX, I wanted to do a story like this. After talking with my teammates, we thought it’d be a fun idea. I wrote a lot of the script because I had this idea in my mind about what if someone’s reality is completely different from what their surrounding world was.”

“We were all very busy, so we had to work around our schedules. I had musical, Chance had regattas and crew, and Payton had other stuff, so it was very hard to pick certain days to film. But, we got all of our filming done. That gave us a week and a half to edit. I went in during lunch and after school to edit, and Chance edited through the whole FX hour. We easily spent 20 hours just editing.”

“Since I was in musical, I thought ‘Oh I can act a little bit.’ I knew Caroline was also a very good actress because she’s been in a lot of different school musicals and plays, so we thought it would be a good idea. We needed a small extra for a different role, so we used one of our teammates, Payton.”

“Just really seeing the story come to life because after writing it, I was kind of scared that it wasn’t going to turn out the way I thought it would. But it did, and I couldn’t have asked for a better film to have.”

“It’s kind of hard, because it’s psychological, to narrow it down to one theme or one idea. Basically, things may not always be the way that they were.”

“Our film is different from the rest because we specifically wanted to base it off of, not re-doing the past, but the past happening again. It’s a mentality thing where we’re all in this bubble, and we think it’s not going to pop, but sometimes, it does, and it sends everybody flying off course.”