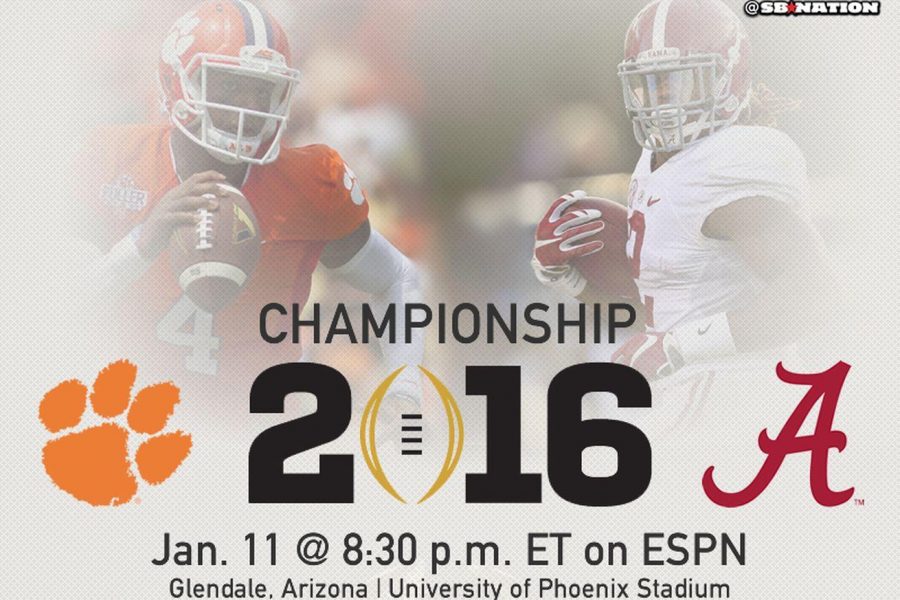 A Review: The Big Game

To begin with, the advertising for this particular event was through the roof, and purple and orange tiger prints along with crimson and white A’s could be seen on almost every other commercial. Both teams had amazing players with incredible stories, something unique to compete for, and a lot to lose. This game was, nationwide, supposed to be the pinnacle of great games. For what it was worth, it absolutely lived up to the hype.

Now, of course, I may be slightly biased in my opinions of who should and should not have won. My school of choice from 2016-2020 did in fact play; and did in fact win. But the game itself was filled with ups and downs and moments that put me on the edge of my seat, captivating me until it ended around 12:30AM the next morning. For those four hours of my life, I was completely enveloped in football.

Before the game, my nervous energy hit such a level that I felt the need to call two of my closest friends and fellow sports lovers to vent. I proceeded to text two of my friends, one a die-hard Clemson fan and the other a fellow Alabama fan for the evening, to help calm myself even further. Following the national anthem, Clemson won the coin toss; which, as an Alabama fan, sent me into even more of a stressed out tailspin. But the pre-game level of anxiety had nothing on the excitement of the game itself.

The back and forth nature of the game was so high quality that, even if I had not been a fan of either team, I know I would have been locked into the screen. Each throw of the football kept me on my toes, each penalty made me yell, and each touchdown was electric. The entire atmosphere, for all 60 minutes, was insane. Every time Clemson scored, Alabama seemed to be right behind them to answer back, and vice versa. The game was filled with risky calls, big plays, and a general “go big or go home” kind of mentality. As the clock winded down and Alabama won, nobody could point to the seven-point spread the game was supposed to fulfill and say the outcome was inevitable. The playing time allowed for switches of leads, wild touchdowns, and heartbreaking missed chances on both sides. I found myself, alongside my Alabama alumni mother, screaming at the screen numerous times; not only for my own team, but because I could hardly believe the quality of football I was seeing throughout the night.

The next morning, sportscasters continued to talk about the game, this time in the past tense. From everything to coaches to players to recruiting classes of the future, Clemson and Alabama were well covered. But no matter what people seemed to be focusing on or what side they had taken, there seemed to be one common thought: that the game was a classic. For a Crimson Tide fan especially, the outcome is one to celebrate. But what should also be celebrated is the quality of the game played on that January night. Both teams threw everything on the field in a display of guts and insane skill; and for anyone who needs to be shown a great example of the sport, any football fan can agree they only need to bring out that game’s tape.