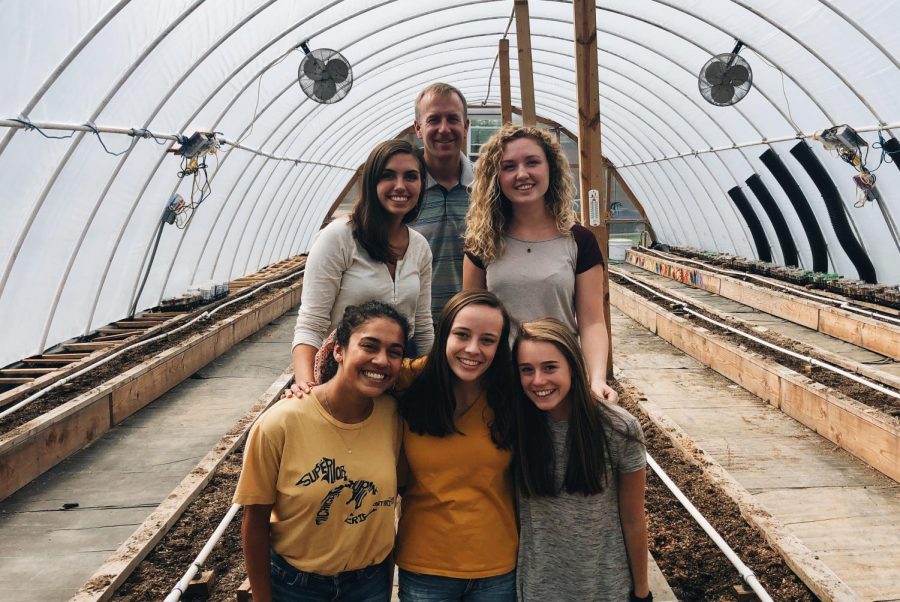 This week was all about creating a baseline for the rest of the year, in terms of setting up and preparing for the planting we’re doing in the upcoming weeks. Earlier on in the week, we all picked the row we’d be working with during the year and spent time tidying it up (smoothing soil, weeding, and setting up the irrigation). The rest of the week was generally spent in the ceramics room. Personally, I filled several flats with potting soil and seeded them. Despite the high temperatures, the greenhouse was fairly cool during my hour, which fortunately made it much more enjoyable to work in.

This week, we did a good amount of work in our shortened week. We are hoping to plant in the greenhouse this coming week, so we did a lot to get ready for that. We weeded the beds and around them, then mixed up our soil. This year we are trying something new: we are digging very small trenches in the middle of the beds to make the water be held less along the edges. We spent a day working on that, but because the temperatures in the greenhouse were so high (118 degrees one day), our time was limited in the greenhouse. Another large chunk of time was spent in the ceramics room planting flats. I filled three flats with soil and planted baby romaine, snap peas, and cabbage. The last two things we did this week were emptying the Paper Gator bins and composting. For Paper Gator, there are six areas around the school where students and teachers can recycle their paper. During our hour, Maddy Williams, Maria Finelli, and I collected them and brought the paper out to the recycling in the front of the school. As for compost, the lunch workers saved all their scraps from the salad bar and other places, and they kindly gave it all to us for our compost which is located near the greenhouse. We did a lot this week and are all very excited about this coming week of planting!

This week was mainly preparation for planting in a few weeks. We finished putting the grow lights together so the seeds could germinate and begin to grow before they’re put in the greenhouse. I planted several flats of seeds over the course of the week, and by Friday, they had sprouted! Mr. Scholten and I also set up the irrigation system, so now the rows in the greenhouse are ready to be planted in.