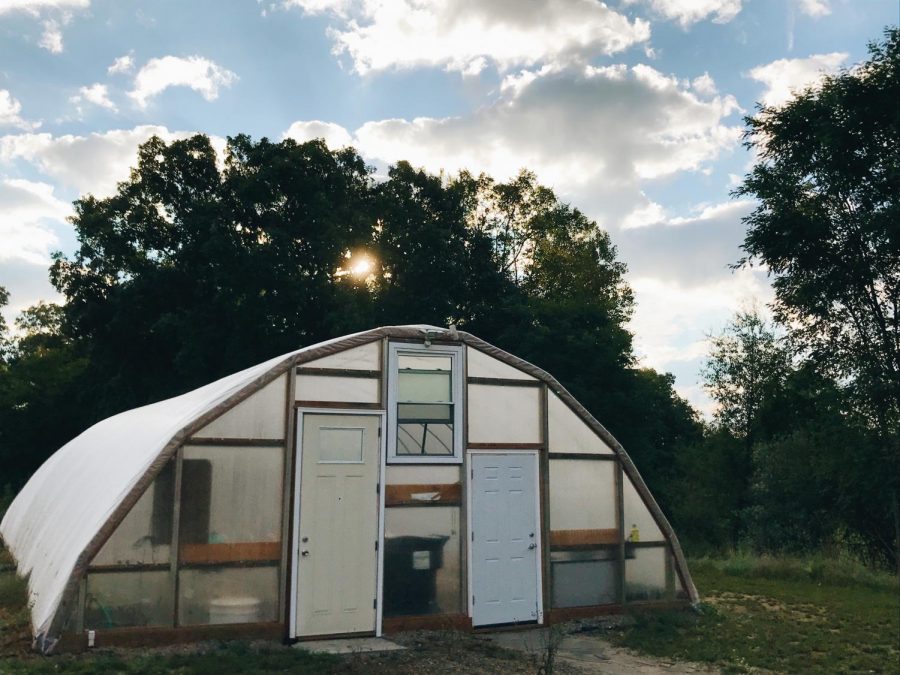 A lot more planting was done this week, and it was exciting to watch as more and more rows got filled with sprouts and seeds. I have an exceptional affinity to kohlrabi, as mentioned in an earlier entry, so watching the progression of it from seed to sprout inside and then transplanting it outside was memorable. To ensure that each cell (from the flats) would be fully transferred to the greenhouse, I used the popsicle sticks we used to label the flats to help me scoop all of the soil and roots better. I realized earlier on in the week that when I was transplanting, some of the roots and the soil would still be left in the flat container, so that was an easy fix to make but essential. Other than kohlrabi, I also planted some carrots (both Nantes and Little Finger varieties). Unfortunately, I don’t usually have much time to plant during my hour because watering is a fairly time-consuming process, so the little planting I was able to do was a blessing.

As the main water person of the plants both inside and outside, I did a lot of watering with the hose and the watering can. The hose was a struggle to figure out for me, weirdly enough, as you have to make sure several valves are turned on and allowing water to pass through them; but by the end of the week, it was no longer a problem for me. In the coming weeks, watering will be less of a chore because the irrigation system in the greenhouse is set up, and now, the only plants that will need to be watered will be the ones inside in flats.

It has been a very exciting week in the greenhouse. Although we planted some of the pre-planted flats of seeds last week, it was nothing like what we did this week. The temperatures were just right and perfect for planting, so we were able to have a very productive week. Most of our time was spent mixing up the soil, watering, digging holes, and planting. To mix the soil and the sawdust together, we used a tool called the “garden weasel,” which made it very easy. Then we dug holes for all the lettuce and leafy greens that we were planting. Monday, Tuesday, Wednesday and Thursday we planted at least two boxes per day. With lettuce, when it’s fully grown, it can be very big, so we had to plant each sprout roughly 10 inches apart.

On Monday, we planted Simpson Elite lettuce in boxes C4-6. These were the easiest to plant because they were the biggest and strongest, and when planted, they held themselves up very well. On Tuesday we planted Gourmet Blend lettuce in boxes D 5 and 6, and on Wednesday, we planted Select Salad in E4 and 5 and Baby Romaine in D4. Both of these were hard to plant because they are very small, and we dug our holes too deep when planting them. On Thursday, we planted arugula in boxes B4&5, they were super sturdy and are already growing very quickly; I think they will be the strongest in the end. All the plants in the greenhouse and the art room are growing as of now. I am very excited for them to grow even more since they have already gotten so big in only a few weeks.

We have so much lettuce now! There are 3-4 different types of lettuces including romaine and arugula. Now that all of our vegetables are growing at a steady rate, we were able to permanently turn on the watering system and do some final tweaking which is making it much easier without having to hand water with the hose every day.

On the side, I began reading a book all about bees and how vital they are to the well being of all of us. It said that without bees, we would lose 70% of all of our fresh produce and would start to lose some of our meat, which is crazy because this means that pretty much all of our food sources would be lacking. I’m excited to keep reading, and I’ll continue to update you all because I think it is so important that we all know how much we need the bees and how to make sure we keep them.

This homecoming week has been filled with lots of fun and hard work in the greenhouse. During fifth hour, we’ve been doing lots of planting and watering every day. It’s been amazing to watch all of the tiny seeds we planted a couple of weeks ago grow into baby sprouts. This week we’ve mainly been focusing on transferring the leafy greens out of their flats under the lights and into the beds in the greenhouse. On Monday, we planted and watered Simpson Elite lettuce in boxes C4, C5, and C6. Then on Tuesday, we watered and planted the Gourmet Blend lettuce in boxes D5 and D6. The next day, we planted and watered Select Salad greens in boxes E4 and E5, and then on Thursday, we planted and watered arugula in B4 and B5. So far, I’ve been loving the time I get to spend in the greenhouse. We are learning so much through hands-on interaction with the plants, which is what makes this independent study so fascinating! Can’t wait to see what next week has to offer. 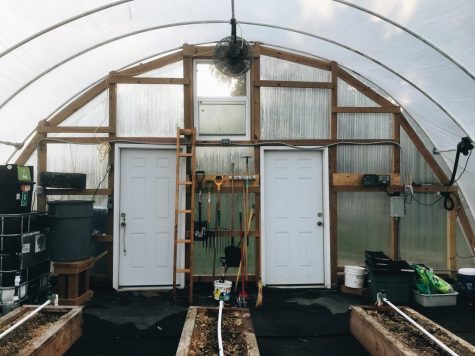