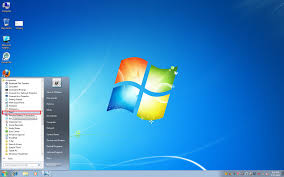 On the upper floor of FHC, there lies a seldomly used classroom, filled with desks and computers galore. For those rare outsiders who choose to enter it, they hear the hum of computers working, the clacking of keyboards, and the chatter of a foreign language. But to those enrolled in the AP Computer Science course, this humming and clacking becomes regular background noise, and this different language of coding is learned and mastered over the course of a semester.

With the recent explosion of interest, the AP Computer Science course (which the students lovingly refer to as APCS) has gained a following among many FHC students. Cited as one of the most unique courses the school has to offer, many who take it enjoy the various facets and different aspects of the class.

“Computer Science is what I would consider to be a hybrid subject–it is the combination of a math/logic and a language course,” said senior and APCS alum Grant Carlson. “The thought processes needed to thrive in computer programming are very much math-based, but applying that logical thought to code takes knowledge of the precise syntax needed to make the program work, which is why it has a language component as well.”

Senior and APCS alum Kadin Schermers also spoke to the class’ uniquity, saying that the class makes you think in a different way from the standard school class in that it is not just about going about things a certain way and memorizing how to do it, but thinking outside of the box and using your problem solving skills to get you to a goal. He emphasized that the person next to you may have done a totally different method that ends in the same result, which allows the class to be, really, whatever the student makes it.

Along with being unique, APCS is also one of FHC’s most applicable courses. As technology and computer sciences continue to develop quickly in the real world, many students who take the class hope to have a leg up in the ever-important fields.

“In the long-term, I think that APCS is one of the most important AP classes that one has the opportunity to take” said Carlson, who said he can see himself ending up in a technology-related field.. “As far as careers go, the world is turning in a technological direction; getting the computer science experience and knowledge this early on opens up doors to some fantastic career opportunities. Even if someone plans on working with Supply Chain Management in a technological field, understanding what goes into computer programming/software development could only make an applicant more attractive.”

Schermers agrees, saying that with the rapid expansion of technology into the modern world, especially business, coding is becoming a much larger industry. Hoping to go into computer science himself, he believes that taking APCS can help to set a foundation of basic programming principles which can help to set you apart as a job applicant, which is what the class did for him.

According to Carlson, in APCS, you experience an intro-level college Computer Science course. The class focuses on Java, which is one of the many programming languages. Through the class, students become as effective in Java as someone who, comparatively, finished Spanish 3 or French 3.

Although the class is only a semester long, students who take it find themselves extremely close to their classmates by the course’s end. Schermers believes this is partly because of the teamwork some of the content requires.

“Our class is close because it is highly encouraged to help each other do the assignments,” Schermers said. “People will always give suggestions as to how to go about solving a certain problem or sharing how they solved it, which can help to spark an idea for someone else. The constant talk and sharing of ideas between classmates brings us closer together.”

Even with its many uses in the real world, the class’ popularity cannot be contributed solely to the content. Many attribute its success to teacher Joe Smith, who teaches APCS along with other math classes. His style of teaching, which allows students to learn in a mostly independent manner, is something that Carlson believes the course needs in order to be successful.

“Mr. Smith teaches the course in a way that promotes responsibility,” Carlson said. “He isn’t babying you like some teachers would, which fits perfectly with the nature of Computer Science. It was a nice hint as to what is to come in college to really be responsible for my own success and to reap the rewards of that responsibility–I feel as if I learned more than I would have if it was a less free-flowing environment.”

Carlson also speaks highly of Smith’s personality, saying Mr. Smith has both an intelligent and laid-back aura, and is hilarious. Carlson continues to say that Mr. Smith treats his students like they are adults, and that he is knowledgeable without being self-obsessed. Schermers agrees, saying that Mr. Smith’s personality also played a large role in his enjoyment of the class and as a part of his high school career.

“I have had [Mr. Smith] for all four years of high school and he is the best teacher I’ve had. I have grown close to Mr. Smith over the years, not only as a pupil but as a friend. He has taught me more than I could have asked for and I have loved learning from him every step of the way. When I first took Intro to Computer Science in my sophomore year, I fell in love with coding, and now in my independent study class with him, I am just as intrigued as I was when I first started to learn.”

For those looking for a real-world AP course, APCS might just be a good choice. According to Schermers, not only does APCS offer the chance to learn to program, but also teaches many of the underlying layers to programming and computers, such as binary, along with helping to develop creative problem solving skills, which helps a lot as an ability to have in life. And of course, that foreign language of coding may become something you fall in love with.

“I’ve taken almost all of the APs that we offer,” Carlson said. “I don’t think that there is one class in which I have enjoyed the course work more than APCS. You get to solve real, tangible problems. It is new for everyone — you get to start from scratch on a new subject.”