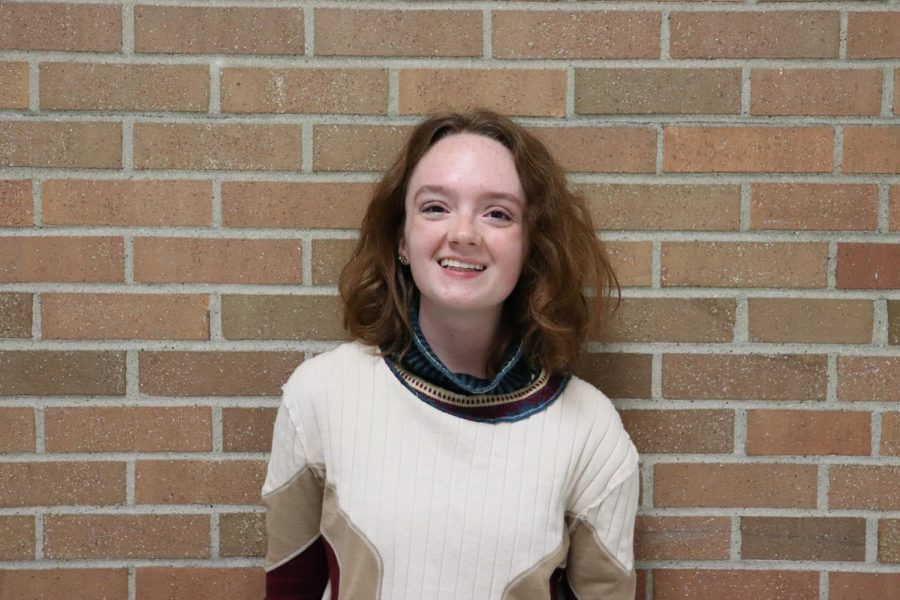 “I’m most excited for the audience to see the dynamics and characters that we’ve developed.”

“Susan is bold, and she is not afraid to say what she thinks. Some may say that I possess some of those same qualities.”

“I think the play this year has been executed extremely well, especially the way that our director Mrs. Demeester staged the production.”

“The cast has a very playful dynamic, and I love them all.”

“I love that Susan is not afraid to speak her mind, and it’s been really fun interacting with the other characters.”

“I have a tendency to fall asleep during rehearsal. I’d like to thank Emily Kostbade for waking me up and making sure I never miss a cue.”

“This is my first fall play, but it’s been really great to come back to the theater after being a part of musical and improv.”

“Several cast members spent hours — from after school until 11 at night, to be specific — filming a soap opera. There is a moment where Emily Kostbade slaps James Kauffman. Subsequently, she kills Aaron Jachim’s wife with a poisoned bonbon. Double subsequently, she makes out with Aaron Jachim. Our director Kyle Black filmed the whole thing.”