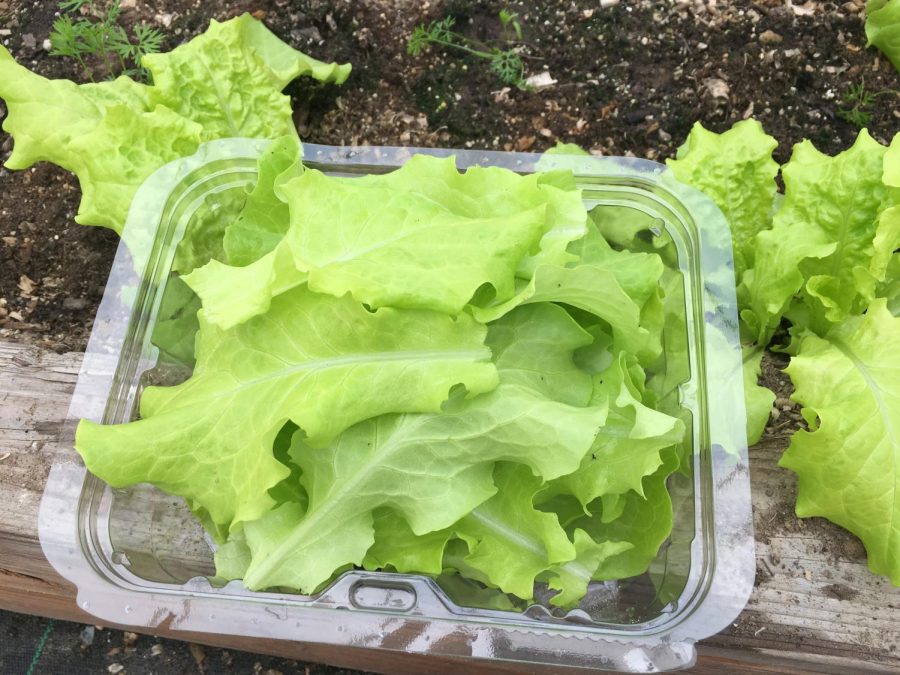 At this point in the year, I’ve begun to fall into the rhythm of working in the greenhouse. A typical hour for me this week included the usual watering inside the greenhouse, running the system for 40 minutes, which is how long it takes for the system to run to completion. Other than the occasional open pipe that starts spraying water everywhere, the process is relatively smooth. Once I get that out of the way, I have the rest of the hour to do administrative tasks along with a few others, like tying up the remaining snap pea plants and harvesting.

This past week and even the week before that were exciting ones for the greenhouse students and teachers alike because it marked the first harvests in the greenhouse. The thrill of harvesting various types of lettuce, radishes, and arugula was amazing, and I can’t wait to do more of that (and delivering the produce) in the coming weeks. An interesting thing I learned about collecting arugula is that to get a stronger and sharper taste from each leaf, you must pick the ones that are the outer edges, not the ones in the center.

I also read more from my book, The Omnivore’s Dilemma, which has turned out to be a strangely interesting read. I never would’ve thought that someone, even a best-selling author, could writing a lengthy chapter, complete with subsections, detailing all about corn and the dilemma it presents for modern society. In addition to that, I’m surprised that I would be as captivated as I am by the subject of corn. The author Michael Pollan discusses just how embedded corn has become in our every day lives in the last 100 years, which is an astonishing fact because most of the time, it’s something we don’t even realize.

At the beginning of the week, we worked on the project we’ve been doing with the herbs were growing. There were about seven flats with ten transplanted containers of herbs in each. I planted four of the flats on Monday with two plants each. Tuesday, we planted three more flats to fill all the yogurt cups we had. In total, we ended up doing six flats of basil and one of parsley. Right now, we are just waiting for more cups to plant the rest of the parsley in. We have about 3/4 of a flat left of parsley so we are thinking we will need about 30 more yogurt cups to plant in. Another thing we did this week was water all the flats that we just planted, and that will be our job from now on.

We also emptied a Paper Gator bin that was in the office, and it had not been emptied in a while so we had to use a dolly to move it. This week, we had a little bit of down time. We looked for the cats that have been living in the compost bins, but we weren’t able to find them. Most of our spare time was spent reading. In the book I am reading, The Nature Principle, there are a lot of thought-provoking ideas, one being about mental illness and talking out which came first: the illnesses or the withdrawal from nature. I think this book is super interesting; I really like being motivated to go deeper when reading a book.

This week, during the greenhouse, my fifth-hour group worked together and planted another final row of oriental grasses along the path leading to the door. It will look much better to have two rows rather than one when they grow back in the spring. Since finishing the grasses, our project for the rest of the week has been preparing the soil in yogurt containers and transferring different herbs from our flats into the containers to continue growing. We mixed up the potting soil and distributed it evenly among the containers. We have been placing two plants in each container and have been watering them every day. Currently, we are keeping them under the grow lights in the art room, but we will soon transfer them into boxes inside the greenhouse after harvesting our greens and creating more space.

This week I have also had time to read part of a book called The Nature Principle. It discusses how technology interferes with our innate need for nature and how many different health problems can arise from cutting oneself off from the natural world. Nature expands our senses, creativity, and the feeling of being fully alive, so ignoring nature is doing ourselves a great disservice. Studies have shown that people are far more productive, motivated, and healthy when exposed to nature on a regular basis, and trying to insert time spent outdoors every day is something that definitely needs to be taken more seriously.

This week was mostly focused on the herbs we planted in yogurt cups last week. We finished planting until we ran out of cups. Since we plant two herbs per cup, we need about 30 more cups to finish the job. We also ran out of space under the light in the art room, so next time we plant we will have to move them upstairs to Mr. Scholten’s room. We water the planted herbs every day before beginning the rest of our tasks.

On Thursday, we learned that there was a large bin of paper recycling in the office, so Maria, Kara, and I attempted to empty it into the Paper Gator Bin. It was very heavy, so we used a cart to pull it out to the bin to dump it. We did it successfully, and now we have another source to pick up on our usual paper rounds.

We added two new friends to the greenhouse community this week. We discovered two small cats hanging out in one of our compost bins. We placed a little bed in there made of old HAP t-shirts and some cat food in hopes that our feline friends will stay around.

I also read a chapter of The Nature Principle this week entitled “The Garden”. This chapter discussed the restorative power of nature. The chapter talks about memories being “seeds” and explains that most times, our most special childhood memories revolve around nature. These experiences are why, as we grow up, being in nature has a calming and positive impact on our lives. 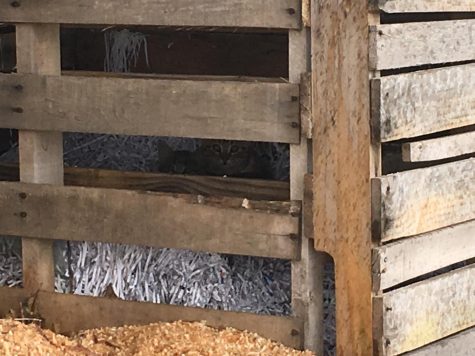 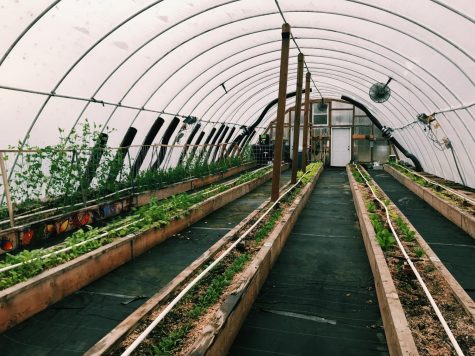