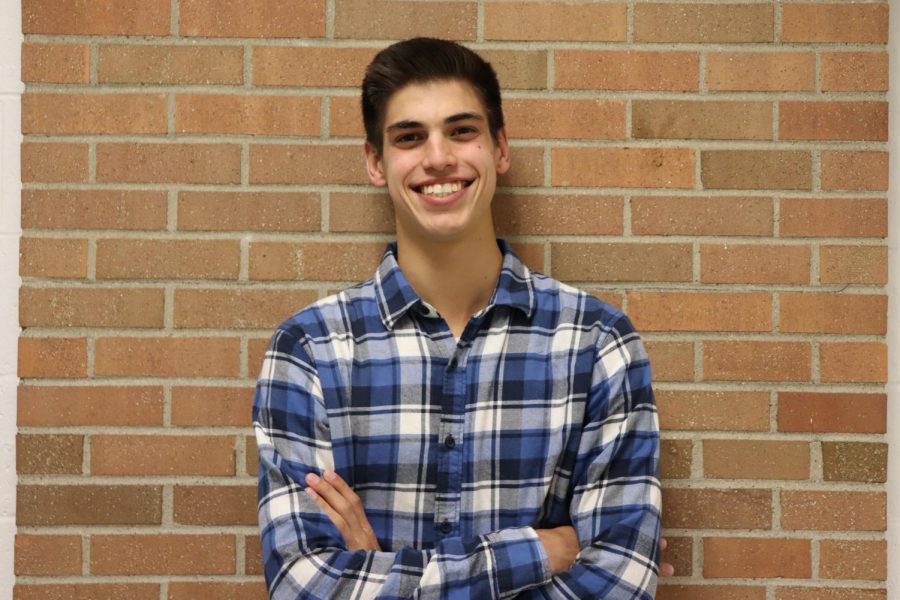 “I’m excited about the new experience that the play brings. This is my third FHC production but my first play (instead of a musical). It is definitely a change of pace compared to what spring brings about, but I’m truly loving it so far. I’m most excited for people to come out and see all of the hard work that the cast, crew, directors, and parents have put into this play.”

“I feel like my role is a good fit for me because I am outgoing and can be loud (most of the times). In a couple scenes, I have to be in control and in charge, and I feel like the ability to be loud definitely helps in that scenario when it is time to be stern. Burger Boy is a completely different role, one that is equally as enjoyable for me. I get to be a little cheesy in the role, and its fun to let loose a little bit of energy when recording for it.”

“It sounds cliche, but the people [are my favorite thing]. Some of them are old friends that you’ve done productions with before, while others are new freshmen that are continuing theater or people that are just jumping into their first production. The people in this show are what make it memorable; all of the fun and interesting memories and inside jokes that are created in the small span that we produce a show. It’s what comes from spending so much time together. It is also cool to see characters develop on stage but also people develop in real life as the play goes on.”

“No cast is ever exactly the same, and this one is no different. For a lot of the cast, it’s either their first play experience or their first theater experience as a whole. It’s a good cast this year. Everyone gets along well as always, and the cast has a lot of downtime to interact. It is fun to see a lot of new faces in the theatre department this year and find out what kind of person they are when they aren’t saying their lines.”

“I love being [my characters], partly because I got to call some of the shots with what my character does. Being the leader allows me a little more freedom to choose what the rest of the scouts had to do, and you get to see him be a little quirky at times, but that’s the beauty of acting is being able to have a vision for your character and putting that in front of everyone.”

“Filming a commercial is much different from acting on stage. With filming the Burger Boy commercial, [there was] room for error and things that stage actors normally don’t worry about, [like] looking at a camera at a specific time, making exactly the right motions to ensure that no one is cut out from the scene. While stage actors have their own sets of technicalities and protocols for acting, it was just a new change of pace to be shot in a commercial up close, and a huge thanks goes out to Mr. Black and Val for helping me through that.”

“I feel like musicals and plays force you to know what you are doing, do it with a purpose, and even if mistakes are made, roll with the punches. Confidence is key in theater, and I feel like some of that has transferred into off-stage behavior.”

“Audiences should be excited to come to see a play that is totally believable in the sense that it could be happening in families across the world right now. It has some humorous bits in it and some moments that I think the audience should be able to empathize with. I think that there is a little bit of something for everyone in this show.”