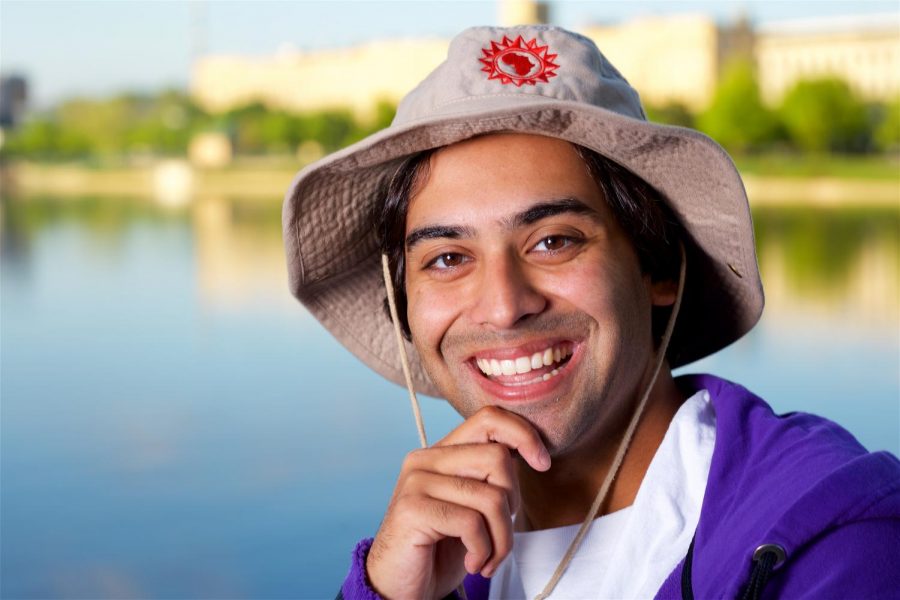 Humzah Azeem takes his future in his own direction

Humzah Azeem wore slides to graduation. Students might remember hearing the slap of his shoes as he walked across the stage and thinking to themselves, “he’s going to have an interesting life.”

It may have only been about four years since his graduation, but it sure has been interesting. In fact, his word for life so far is “unorthodox.”

“Life after high school has been unorthodox,” Humzah said. “That’s the word I would use to describe my experiences. I’m basically just wandering through life trying to make sure that I get the most out of wherever I go. I like switching things up and keeping life unpredictable, which can be interesting, but I’d rather have things be tough and fun than boring and easy.”

As someone who aspires to live a more nomadic life, Humzah has become something of a role model with just these few sentences. Often times, when students leave high school and emerge into the real world, they have been so drilled with the idea that there is only one option after high school: college. Some may not realize there is a whole world of options out there.

That’s not to say that college isn’t a viable option. In fact, when merged with following your passions, the two will often work seamlessly in tandem.

“I attended school for a few years and then decided to move to Los Angeles to finally do something I wanted to do,” Humzah said. “I’ve always been interested in show business and wanted to dip my toe in the water.”

Humzah initially took the college route because of a fascination with politics and a recognition that politics was a safe, conventional, and socially-acceptable path. It was the option high school laid out for him.

“In high school, I always knew there were two different routes that I wanted to go, and they were a little different,” Humzah said. “My two interests were politics and show business… a lot of people say the two aren’t very far apart actually. Politics was my more conventional plan; I’d go to school for four years, then law school, practice for a few years, and start running for office. That was always what I was conditioned to think my life was destined to be like. The other part of me wanted to be an actor and comedian, but I never really knew how I would pursue that. It all seemed so amorphous.”

Although he may not have known how to pursue a career in comedy at the time, Humzah figured it out during his first few years in college. He realized how deep his passion for the entertainment business ran and knew that he was meant to explore a life in the industry.

So, he picked up extra jobs, taught middle school tennis, and saved up enough money to move out to Los Angeles: the beating heart of show business.

“I’ve been out west since June and have been performing stand up around the city, trying to get a feel for the industry,” Humzah said. “I’m still planning on finishing up school, and my plan had been to use the past six months to navigate show business to see if this is what I want to pursue full time after getting a degree, and I think I’ve found what I was looking for.”

Humzah’s inkling that his future is in entertainment has been solidified over the last few months out west, but it originated long before that. A wiring in his brain, a part of who he is, entertainment has evolved from a love to a life.

“I hope to be a touring comic or dramatic actor,” Humzah said. “I think it’s become clear to me that if I can do what I’ve been doing and get enough money to survive, then there’s really no other way I want to spend my time. I’ve just been having too much fun doing stand up and trying to get auditions to let it end. Based on my experience so far, I don’t think those goals are out of reach. Five years ago, I was in such a different place. Who’s to say five years from now, it won’t be even more different? All I can ask for is the opportunity to take what comes to me in stride and keep moving forward.”

Hopefully, that forward motion will lead Humzah towards The Late Night Show. Growing up, the late night shows were a big part of his life due to the fact that his dad always watched them. Therefore, one of Humzah’s major life goals is to be able to promote his work on The Late Night Show.

“Whenever I’d zone out in class, it was usually to me interviewing with Jimmy Fallon, so I hope one day I can make that a reality,” Humzah said. “That’s one of the few tangible goals that I have.”

But predominantly, Humzah simply wants to enjoy life and live it to the fullest.

“Overall, I just want to be able to make a living doing something I actually enjoy doing,” Humzah said. “I think during high school, you’re forced to do a lot of work that you hate and just don’t believe in. You forget that [you can] make a living in ways that you care about and can actually have fun with. I basically just want to juice out as much fun from life as I can, because time moves pretty quickly.”