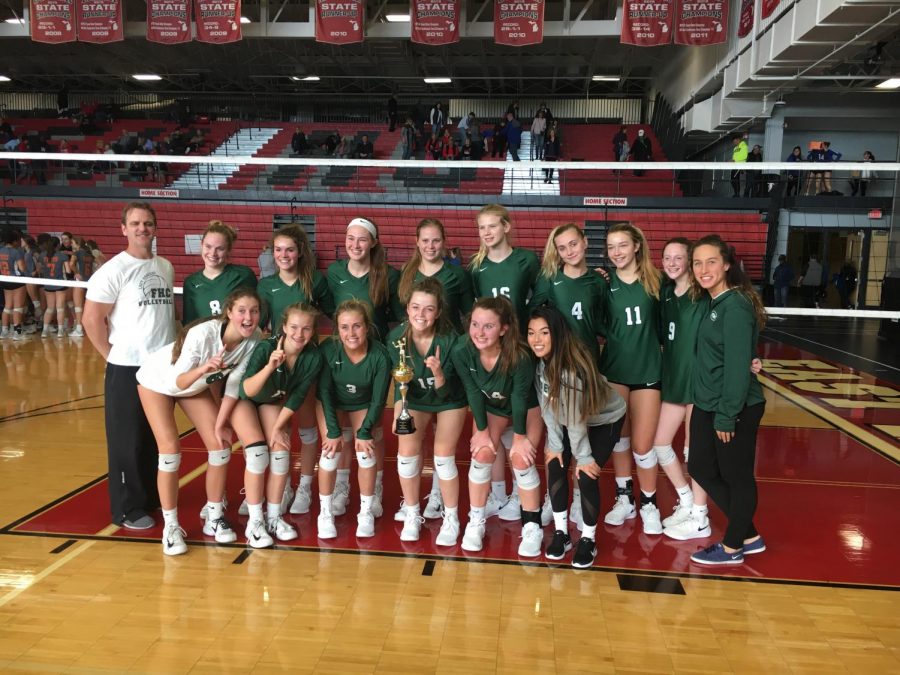 “I am happy with the outcome, but I wish we would have made it to district finals,” senior Tessa Guerre said when asked about the outcome of the 2018 varsity volleyball season. “We improved so much as a team this year; it actually blows my mind. In the beginning, we were all over the place. We barely won and we weren’t that close.”

As Tessa said, the team improved so much over the season. They went 3 and 3 in the first half of the conference play but were able to turn the season around and go 5 and 1 in the second half. In addition to this, they were undefeated in the last tournament of the season and took first place. Whereas earlier in the season, they had two tournaments where they went 1-3.

The team believes that improvements throughout the season were due to first-year head coach Dayle Wood’s tough yet rewarding coaching style.

“Dayle is one of the most focused and motivated people I have ever met,” Tessa said. “It was evident that it carried over into her coaching to my teammates and me. She is the kind of coach that gets down to business and ultimately it was in our best interest because we saw results.”

As previously stated, the team was able to drastically improve their record in the second half of conference play. The majority of the team thinks the win against Forest Hills Northern is what started the fire during the home stretch of the season.

“The highlight of my season was beating Northern,” senior Kate Ryan said. “We have not done that as a varsity team in a couple of years and they have always been a rival of ours. That game pumped us up and showed us that we could be great when we set our minds to it.”

Earlier in the season, the team lost to Northern in a close match 2-3. They then defeated them in a tournament 2-0 and in the second conference game 3-1. Beating them in the tournament was the first time the Rangers had beat them since 2016.

Beating Northern has been and will always be a goal of the volleyball program due to the rivalry. In addition to beating this goal, Wood said that the team also beat their team goals.

“The team came up with their goals and expectations [this season],” Wood said. “For example to hold each other accountable. Overall I believe they accomplished this goal.”

“Although I was only able to be part of their lives for a short period of time,” Wood said. “It is evident that all six seniors are capable and will do big things with their futures. They will always be Rangers no matter where life takes them, and our gym door will always be open. Overall, I’m thankful for all they have done.”