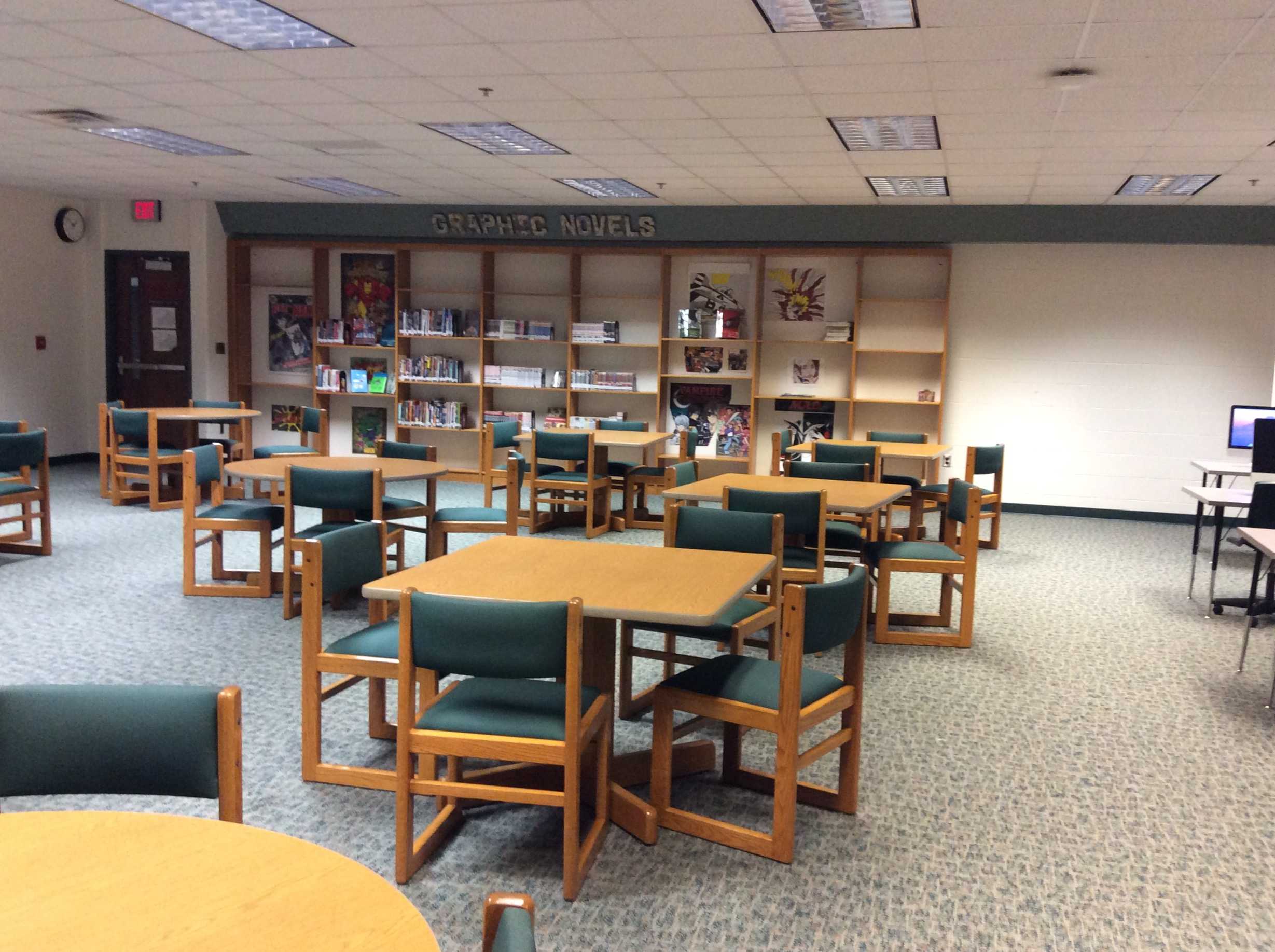 By the end of next summer, the media center will be entirely different. With plans for major renovations already in the works, including new furniture and stations to charge eAchieve devices, media material clerk (MMC) Dora Fowler promises that the atmosphere of the media center will become much more comfortable and convenient for students and teachers alike.

“[We are] just trying to modernize and update the media center so it’s more user friendly to students for today versus students from 20 years ago,” Fowler said.

“A lot of the district’s media centers are being updated,” Noonan said. “CHS was slated as one in need as it hasn’t been updated since the building was first built.”

Noonan added that they had plenty of options when it came to deciding which renovation plans and chose the one that was the most beneficial to their needs.

“The district architects presented us with three different floor plans,” Noonan said. “From those we cut and pasted the items we liked and moved things around in ways we believe best fit the vision we have for the space.”

Noonan says that the most necessary change, in her opinion, is to create “zones that provide space and inspiration” for those who want to work individually, as well as in small groups. She hopes that the new space will allow them to work freely and have an atmosphere that is “comfortable, welcoming, and inspiring”.

She stated that with eAchieve now in full swing, she’s seen the use of the media center space shift drastically. Instead of using the Mac labs for their intended use, students are instead pushing those desktops to the side to make room for their own laptops. As for the teachers, Noonan has noticed that instead of scheduling time in the labs, they are reserving tables for their classes.

“The current MC space is adequate, but a bit tired,” Noonan said.

Fowler agreed, stating that if students are bringing their devices, then there are certain changes that need to happen to meet their needs.

“If we’re going to ask students to bring their devices to school then there needs to be places for them to charge them,” Fowler said. “They should have the ability to use them anywhere in the building, including the media center.”

Fowler said that these changes will also benefit her and Noonan in that all of their resources will be in one central area, making it easier for them to assist students when necessary, as well as do the other parts of their jobs.

“It will make us more available to the students because we’re not constantly running back and forth and around the media center,” Fowler said.

Media specialist Chris Patrick agreed, saying that he hopes the atmosphere changes with the renovations.

Patrick stated that in comparison to GVSU’s campus library, FHC’s current layout is somewhat lacking in modernity. He says that the purpose of the media center should be for more than just “checking out books and quiet, independent computer work.” He hopes that the space, with the renovations, will become a more interactive work space that can meet the requirements of all different types of learners.

Noonan agreed with Patrick, adding that she anticipates the remodeled media center to still be all that one would expect it to be, as well as more.

“We see it as an inviting and welcoming center,” Noonan said. “A hub, the core, or type of commons for which a lot takes place.”