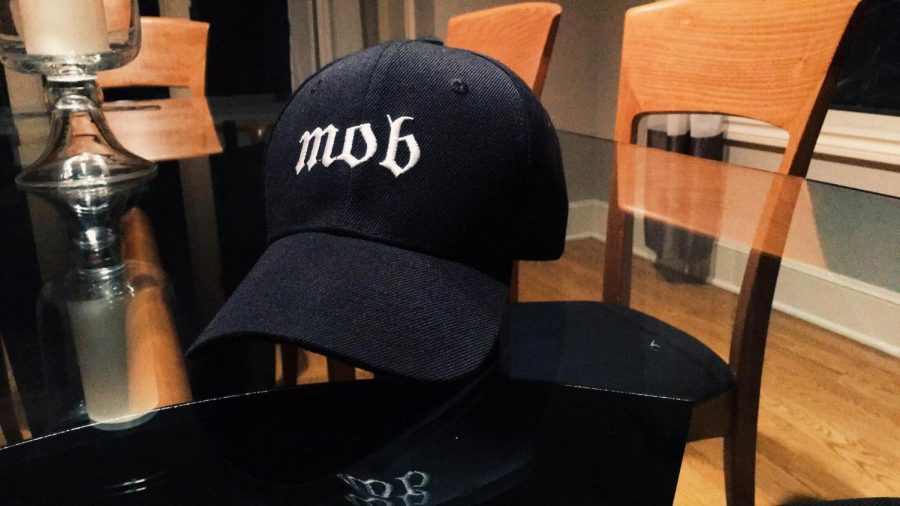 Intro to Business is most well known for its ambitious fifteen-week project. The whole objective of the project is to sell as much as you can from the company you built. But for senior Jack Sarb, the idea of a product has been in mind since the eighth grade.

“When I was younger,” Jack said. “I used to always go to clothing stores, and they’d always have hoodies for eighty dollars. Why is this eighty dollars? It’s worth twenty. Why not sell hoodies that are meant to be the price they are?”

He believes that the prices of some clothing stores are incredibly high. Companies are taking basic shirts and placing a logo on the top in order to sell them at unusually high prices when they can be sold at only a few dollars. He relied on this belief of his when developing MOB Supply, establishing reasonable prices.

“It’s a local company,” Jack said. “Other companies are so expensive; [we’re] keeping it simple. Nothing that would make you think ‘Why is this so much?’ Straight up, the prices are what they should be, and the quality is expected.”

Jack sells streetwear style hats; they stand out with unique designs. The style was inspired by brands such as HUF. The hat is a black baseball cap, with a white logo embroidered in old English. Contacting him is easy through any of his social media or in person. He’s also working on getting new colors of hats out soon, such as red, beige, and white.

“I think the vision behind MOB is just doing it yourself and going against the grain,” Jack said. “Not necessarily mob mentality, but flipping the script on that saying.  You can do what you want, and there are no limits to what you can do when you put on that hoodie.”

Teacher of Intro to Business, Jared Lowe, believes that Jack is doing an excellent job reaching an audience and that he is putting lots of hard work into his product. He views Jack to be self-dedicated to his own work.

“I think Jack’s brand is appealing to his target market,” Lowe said, “Jack puts a lot of time and energy into making quality decisions for his business.”

Intro to Business students have a choice in where the profits of their company. Some pocket the revenue, while others choose to donate. Jack has chosen the latter option, with a charity that hits close to home: The KLS Foundation. Jack may have Kleine-Levin Syndrome, as he has been tested for it before.

“It’s just closer to me and where I’m at personally,” Jack said. “Since there’s no cure for it yet, [my donation] can help other people in need who have the same thing.”

MOB Supply is a unique and cheap local company based on doing things yourself. This is just what Jack presents by grinding hard for his own self-grown company.

“I think it’s just [about] going against the grain and doing stuff on your own, instead of working for someone,” Jack said. “I’ve always been a big believer in that. I never really wanted to stay in an office and be told what to do. I want to tell people what to do and do it myself.”