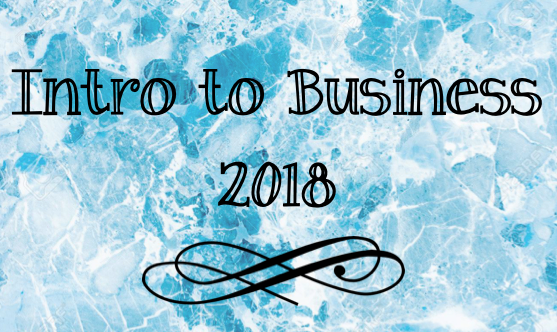 Intro to Business: Bottles for a Cause

When it comes to running a business, every group member counts. This idea became quite apparent for students in Introduction to Business. With a variety of positions and a limited amount of time, students must work effectively and quickly in order to produce a successful project.

In one of the class’s projects, entitled “Bottles for a Cause,” junior Hayden Sarjeant, senior James Kaufmann, sophomore Cameron Roth, sophomore Reade Corcoran, and sophomore Mason Corcoran decided to start selling aluminum water bottles. Each of the water bottles they are selling is $15, and 20% of their sales from each bottle will go to Vicky’s Pet Connection in Ada, a local pet shelter and agency.

“Right now, we’re doing pretty well. We sold at Ace Hardware already, and I believe we’ll be selling at upcoming lunches, but we haven’t told anyone yet,” junior Hayden Sarjeant said.

During the project, each group member was assigned a department. Hayden is management and leadership, Mason is sales, Cameron is finance, James is marketing, and Reade is supply chain. With a time span of about 15 weeks, their business was in the launch stage for five weeks, running for seven weeks, and then they will spend a few weeks liquidating. The Bottles for a Cause team used their social responsibility plan as a way to drive sales and improve the world around them.

“Our goal was obviously to make a profit, but we want to eventually sell enough so we can be putting the biggest donation we can to Vicky’s Pet Connection,” Hayden said. “I mean, our mission is to help clean up plastic water bottle pollution around the world, but we’re just starting small.”

In order to spread the word about their project, James wrote a commercial, which was quite a beneficial experience.

“[I wrote what] I thought would sort of display our cause best and our bottles best,” James said. “I took Media Communication second semester junior year, and that kind of helped with it. It was definitely interesting to see that part of it because I kind of got real-life marketing experience.”

James also contributed to the group by planning out what they would sell and developing the promotion of the product.

“I kind of came up with our kick, the whole charity thing,” James said. “I brought that idea forth. I’m the one who came up with the idea of selling. Originally, we were going to sell water bottles with built-in coasters, but we pivoted and moved to water bottles in general.”

For the Bottles for a Cause team, donating to charity seemed more appealing than having raffles or different rewards. This feature makes their business even more appealing.

“Everyone has a thing that makes them more marketable,” James said.