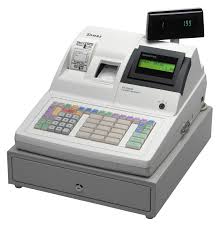 I used to work at McDonalds. Two summers ago, I proudly wore a jet black visor perched atop the crown of my head along with a cherry red t-shirt sporting the infamous ‘M’ on the left upper pocket. It is safe to proclaim that I learned a lot from my two months behind the counter, serving up classic McDoubles and Quarter Pounders with cheese. I learned that not everyone is a morning person and people can get really fired up if you accidentally forget their dipping sauce.

By now, you have probably noticed my purposeful word choice; you have probably noticed the fact that I said “ I used to work at McDonalds” as opposed to using present tense. Yes, I am a retired “I’m Lovin’ It” employee. I eagerly handed in my fashionable uniform and mustard yellow name tag, easily trading in spatulas and Sausage McMuffins for cash registers and cashmere. Fast food is not for me; I used to despise having to tend to the greasy, overly-salted fries and undercook grilled chicken. I used to punch out in a flurry, taking two baths and three showers upon returning home  simply because my hair smelled like ketchup and Dijon mustard. I used to complain about the customers who complained about there not being enough napkins in their bag or pepper packets left out in front.

You can imagine the moment my mom announced that there was an opening in retail on 28th street, I slunk down to the ground, wrapped my arms around her legs, and debated whether or not I should kiss the tops of her feet… because right then and there, I considered my mom my personal Savior. You could say I was beyond grateful.

After filling out countless applications and  personal essays regarding my character, I received a phone call the next morning instructing me to show up the following day with nothing but my work permit and state I.D. To me, being offered an interview at T.J. Maxx was like being offered an open interview at Cornell. I suddenly saw my hazy past of McChickens and Filet-O-Fish flash before my eyes as I was brought into a world filled with opportunity.

Speaking of flashes, let’s flash forward to the present. Let’s flash forward to now. I have been working as a sales associate for T.J.Maxx  for a year now and I can now proudly state that upon punching out and returning home, I do not feel dejected, nor do I feel the need to take three showers and two baths to wash a greasy aroma off of me. Working in retail has taught me so much about my myself and the others around me, leading me to comprehend the overall worth of my work experience immensely. You may be wondering what ringing up Polo and running through the aisles to price check Nike apparel could have possibly contributed to me personally; in truth, it has taught me the evident importance of being genuine and demonstrating empathy.

Each individual that I check out comes with a story to tell. The products they nonchalantly throw into their carts and systematically line up on my counter tells the story of who they are as human beings  and what they value. This is not something I could get merely out of an order of fries and a fruit and yogurt parfait back at McDonalds. Just last week during my 11-7 shift at T.J. Maxx, I assisted a middle-aged woman bearing a heap of Michigan State apparel, from green and white socks  all the way down to Spartan themed underwear.  She noticed my eyes widen in surprise and took it upon herself to offer a justifiable explanation. No, she wasn’t some going through some midlife crisis and desperately attempting to relive her glory days in college. She was simply an overjoyed mother of a son who, through nothing but dedication and perseverance, had managed to raise his previously low GPA to a high 3.5.“He just got accepted into Michigan State and I couldn’t be prouder,” his mother remarked, topping off the pile with a stark white MSU jacket and leaf green snapback hat.

Another older gentlemen came trailing behind her, pushing a cart brimming with top-of-the-line luggage, protective sunscreen, and a pair of dolphin swimming trunks. “It’s my wife and I’s 20th anniversary,” he murmured softly in a reminiscent manner. “She’s never been on a plane before so I’m surprising her with a trip to Hawaii.”

I now have learned that you can tell a lot about a person depending on what they heave up onto your counter, and the story that have to tell regarding their lifestyle is worth listening to. Besides that fact, however, I have also gotten into the habit of perpetually saying, “Have a nice day,” to each and every one of my customers before they strut off with their purchases; the difference between me saying this with a twinkle in my eyes as opposed to simply mumbling it is that I truly mean it. There are only four words in that direct phrase yet, if said in a genuine manner, those four words possess the ability to completely alter an individual’s mood. You never know what someone is going through the moment they step up to their register. You only have a couple minutes with them, a couple minutes to make a difference, but by convincing them that things will get better, by convincing them to have hope, you could be doing numbers.

Working in retail has taught me to have compassion; it has taught me the uniqueness of each individual, and it has taught me the value of an authentic smile. Trading in spatulas and Sausage McMuffins for cash registers and cashmere was, undeniably and evidently, the best decision of my life, and I am proud to say that I moving forward in life, not looking back at those McDoubles, but rather at what is laid out on the counters in front of me.