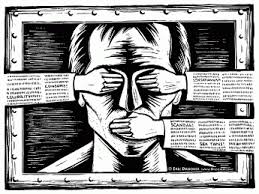 The Danger in Censoring our History

One foggy night under a cloud of darkness and mysteria, 5 booksellers disappeared.

And while the preceding sentence may seem like the opening to a Nancy Drew Novel, this sadly proves to be the reality in Hong Kong. 5 men who had ties to a Hong kong publishing house/bookstore concerning the topic of Chinese political gossip- which coincidently seems to be banned in China. The five booksellers suddenly vanished in October, leaving a sort of suffocating aroma throughout the country and citizens to wonder if there is an ominous explanation involving authorities in China and the possible infringement of Hong Kong’s freedoms.

And while this seems to be a national issue, this prompted questioning my rights in America, and even as far to wonder about my rights as a high school student in this generation.

Combing through the bookshelves of many school libraries, you seem to come to the realization that Anne Frank and Mark Twain are missing; critically-acclaimed authors have been plucked off the shelves simply because their material doesn’t focus on rainbows and sunshines; but the reality of the world.

And sorry to break it you, but sometimes the truth hurts.

For the most part, censorship of books in America’s schools tends to concentrate on religious and social issues, with the majority of materials called into question deemed “controversial.” However, our censorship often seems to come in the form of concerned parents who are afraid to expose their children to “questionable” material instead of the government.

Learning about Darwin and his theories is considered offensive because of the possible conflict with the religious beliefs of the parents. Classic books like The Adventures of Huckleberry Finn are now being removed from libraries because they contain some racial references that might offend some people. Parents have this preconceived notion that banning books will aid in their attempt to keep their children as pure for as long as possible, and while this unrealistic goal is admirable, it takes away and leaves gaping holes in their education, if not academically, then in terms of life.

We can’t erase history, no matter how haunting it may be. We can’t think that taking all the To Kill A Mockingbird books off the shelves because of racial slurs will help us forget the pain and hurt African-Americans went through in that time period, because racism is a timeless issue that will never be forgotten. If a child is denied the right to know from literary examples the extent to which African Americans were abused in our society, then how will those same children be able to completely understand the implications of the rallies or marched for black rights in modern society? How will they be able to understand the challenges that people of color still go through if can’t see racism under a clear magnified class, as portrayed by Harper Lee in all of its vicious cruelty?

While parents may be tempted to shelter their children’s eyes from issues they may find “too hard to talk about”, they fail to realize that they may be hindering their child’s ability to grow and learn at the same time. These rather ignorant and restive worldviews are ultimately the seeds of bigotry, with their implication being that anyone who believes something different from you must be deemed unfavorable or offensive.

The danger in censoring our history lies in the way that when we censor our past, we also censor our outlook at the world. We become a little more close minded and a little more ignorant in the world, trying to forget about our hunting history that paved the way for the world in which we live today. Ignorance is not always bliss.