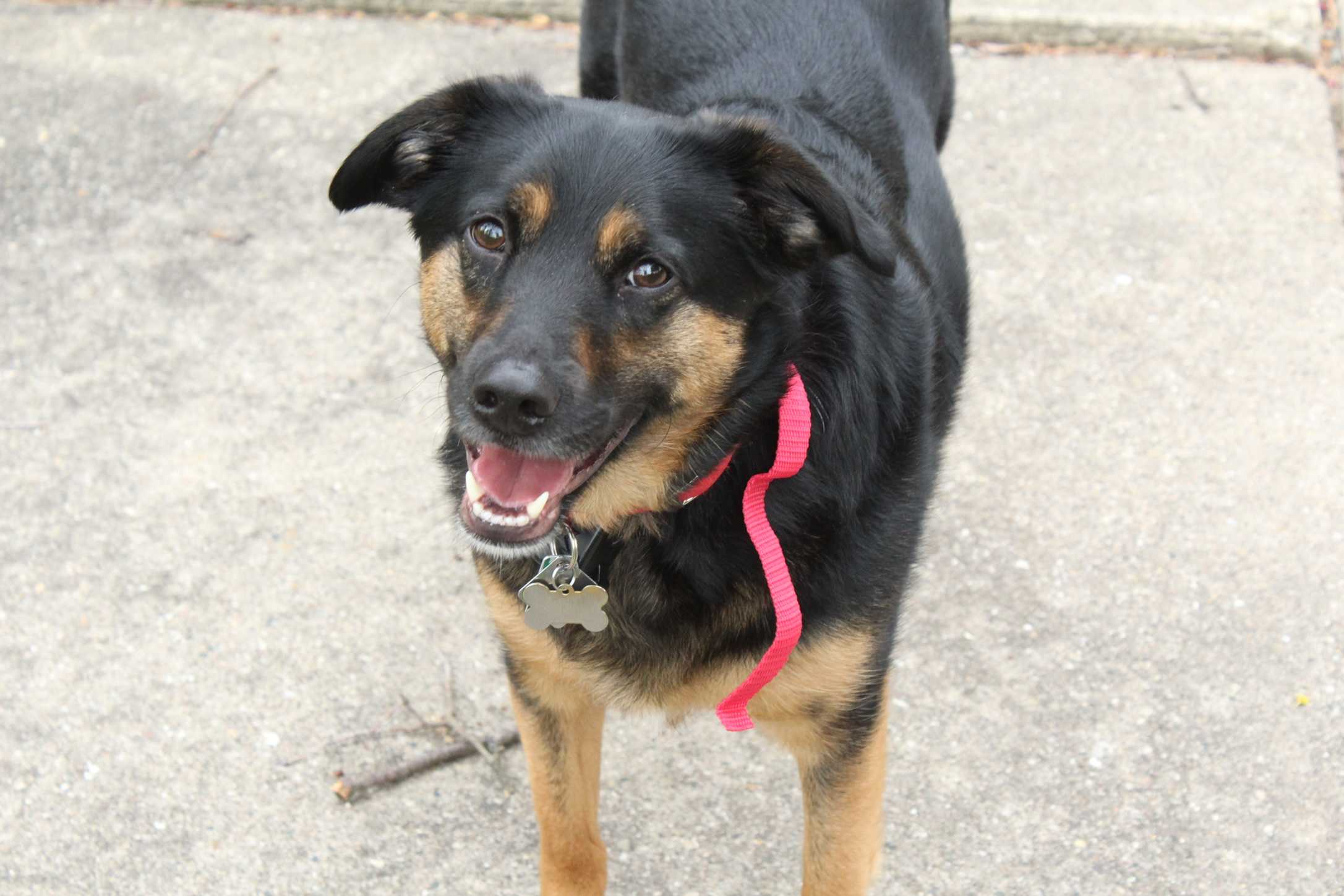 He lies on the floor at the foot of my bed, seemingly asleep. I move slowly and quietly so as not to wake him as I cross the room. But as soon as my hand reaches the doorknob, he jumps to his feet, the jingle of his collar alerting me that he’s awake and ready for an adventure. He trots to me and looks pointedly at the door, and then back at me, as if to say, “What are we waiting for?”

Most weeks, this is how my evenings are spent. Sitting on my bed, laptop in hand, doing homework, with my furry best friend on the floor at my side. He’s an oddball, that dog. Jake does a lot of weird things, like lying flat on his back with his paws in the air and this ridiculous, derpy look on his face, or lying with his stomach against the couch like he crashed into it and then couldn’t get back up. He also barks at nothing more often than something.

Some people think he’s stupid, but I really think it’s just stubbornness and defiance. For example, he likes to pretend that he can’t hear me when he’s outside. He’ll be out on his chain, and I’ll call his name to come back in the house. He often turns around, makes direct eye contact with me, and then turns back to barking at absolutely nothing. It’s only when I finally step outside in my socks to haul him back inside that he comes bounding back to the door, tail wagging as if he did nothing wrong.

Jake also acts as if he feels no shame whatsoever. If we yell at him for getting into something (for instance, when he got into the garbage as a puppy) he sits and looks around the room at anything but the person yelling at him, as if he has no idea what’s going on. And when we tell him to stop barking, or say something like “Leave it alone, it’s just someone walking by,” he gets sassy. And by sassy, I mean that he makes almost human sounding whines at us in defiance and will continue the backtalk until we finally get him to be quiet. It’s hilarious, really, but also annoying.

He’s afraid of milk jugs and garbage bags. He turns tail and runs at the sight of my camera, and he despises the sound of his outdoor electric fence. But he’s also the cutest, cuddliest thing in the morning and when I get home from school. He dances around the house with excitement every time we give him a bone. He dives through piles of snow like a dolphin. He’s the best study buddy. He’s my favorite “sibling” to go on an adventure with. He’s one of the best things in my life, and I wouldn’t trade my dog for anything in the world.