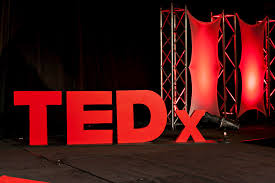 “But I am always going to be doing it, writing I mean,” senior Avery Ferin said, shifting a bit in her place and drawing her hands to her knees as if in deep contemplation. “ It is something that helps keep me sane. It’s sort of my outlet . While some people like to exercise, I like to write.”

Words seem to calm Ferin down; they are the security blanket  in which she wraps her self up in. She  finds comfort in purposefully placing a comma between an intricate string of thoughts; she finds comfort in the metallic click of a typewriter at 1 in the morning, the time when her thoughts come alive as she is supposed to be going to sleep; she finds comfort in the short phrases she scribbles out on scraps of paper, allowing a few remarks to greedily take up a whole line because they have a lot to say and they need room to say it.

Ferin easily recalls memories from second grade; she remembers being hunched over her  desk with her back to her peers, desperately scribbling on pages upon pages of black composition notebooks, Instead of doodling clumsy pictures and writing silly sentences like most other children her age, however, Ferin was composing poetry.

“I have been writing for as long as I can remember,” she said, a reminiscent smile emerging on her face. “My parents used to encourage me to keep journals so I could express my thoughts through diary entries. In second grade, I was mainly focused on short stories. In seventh grade, I tried songwriting and that didn’t work out. I gradually became interested in focusing on the lyrics of the song I was writing, though, and that led me to become interested in poetry.”

Ferin is not alone; she is not the only one who comfortably  relies on words, manipulates their formation, strings them together in sentences all to simply communicate her thoughts. Senior Kathryn Martin shares Ferin’s respect for the written language itself, and although she is usually thought of as “the girl who is really good at the violin,” the stories she tells through her words resonate louder than the melodious notes she plucks out with her fingers.

“I have always enjoyed writing,” Martin said matter-of-factly. “I wrote my first poem when I was four years old. People usually associate me with my violin playing, but many do not know the deep passion I have for words. I have written many poems and short stories and now I am part-way through the novel I am drafting.”

It seemed as if it was fate when Martin heard about the upcoming TEDx youth conference being held in East Grand Rapids; her chance encounter with destiny encouraged her to reach out to Ferin, hoping that their shared love for writing would transpire nothing but greatness in the form of written verses. Even though the deadline for applications had already passed, both audacious girls decided to “just go for it.” Coincidentally, they ended up getting in when another speaker dropped out.

Both Ferin and Martin have decided to take a different approach to their performance, however. Ted Talks usually involve individuals standing up for nine minutes, delivering intense speeches about subjects they are energetic about. Ferin and Martin hope to discuss the subject of shame through slam poetry, touching on aspects of feminism that are often pushed under rugs and ignored in today’s society.

“The poem is titled “On Shame” and it basically examines multiple ways that the public school system shames girls as they are growing up,” Martin explained. “In both Avery and I’s personal experiences, we have dealt with people who invalidate the shame that is placed on girls . We are constantly asked questions such as, ‘ Why are you so mad?’ We kept this in mind while we wrote the poem itself. We wanted to answer the question of why so many girls are driven to anger… why it is so important to understand the consequences of shame that can follow girls well into adulthood. This poem has a little bit of everything- we touch on makeup, body image, abstinence, dress code, and many other ideas. We hope to convey the anger that so many girls feel but do not know how to put into words.”

Ferin and Martin provide a voice for those who are too afraid to speak, and that in and of itself is undeniably commendable.

The process of finishing “On Shame” was a grueling one; when asked about how they went about composing it, Ferin stated that because they had never collaborated together before, figuring out how to do so in an efficient manner was both “confusing and hectic.” They eventually agreed upon formating it chronologically, focusing on the  struggles many females face starting from the age of ten and continuing on all the way through young adulthood to illustrate the pernicious effects of degrading young women. Ferin explicated that  she and Martin focused on different age groups; while she wrote on the age of fourteen and emphasized body image, Martin concentrated on the age of fifteen, highlighting the sticky subject of boys and high school relationships.

“We had a document between us that we added onto to every week,” Martin stated, when asked how they managed to get all their complex thoughts down on paper. “After a couple of weeks, we finally had page after page of random sentences, ideas, and questions. We eventually began to meet in person, organizing the jumbled mess of words we had both contributed to. I remember one random night,  we  boldly decided that we were going to just finish it. We wrote for nine hours straight and finally finished constructing it at three o’clock in the morning. In all, I would say it probably took over 15 hours to write.”

Marin and Ferin’s evident dedication allowed the “jumbled mess of words” to gradually transform into something beautiful; it suddenly became a coherent poem that effortlessly blended together the thoughts of two very different girls. It speaks volumes, the message resonating  like a commanding sequence of notes strung together by Martin using her violin.

“That piece of poetry is undeniably amazing,” sociology teacher Christopher McClees commented after reading the piece. “The objectification of women is a major topic every semester in my class, so it struck a very powerful chord with me. Also, too, as a father of a lovely teenage daughter, it makes me realize what a load she carries – that all females carry – and it triggers my “Daddy-protect” instinct. To think that two people who are so young could deliver such a thunderous message leaves me in absolute awe.”