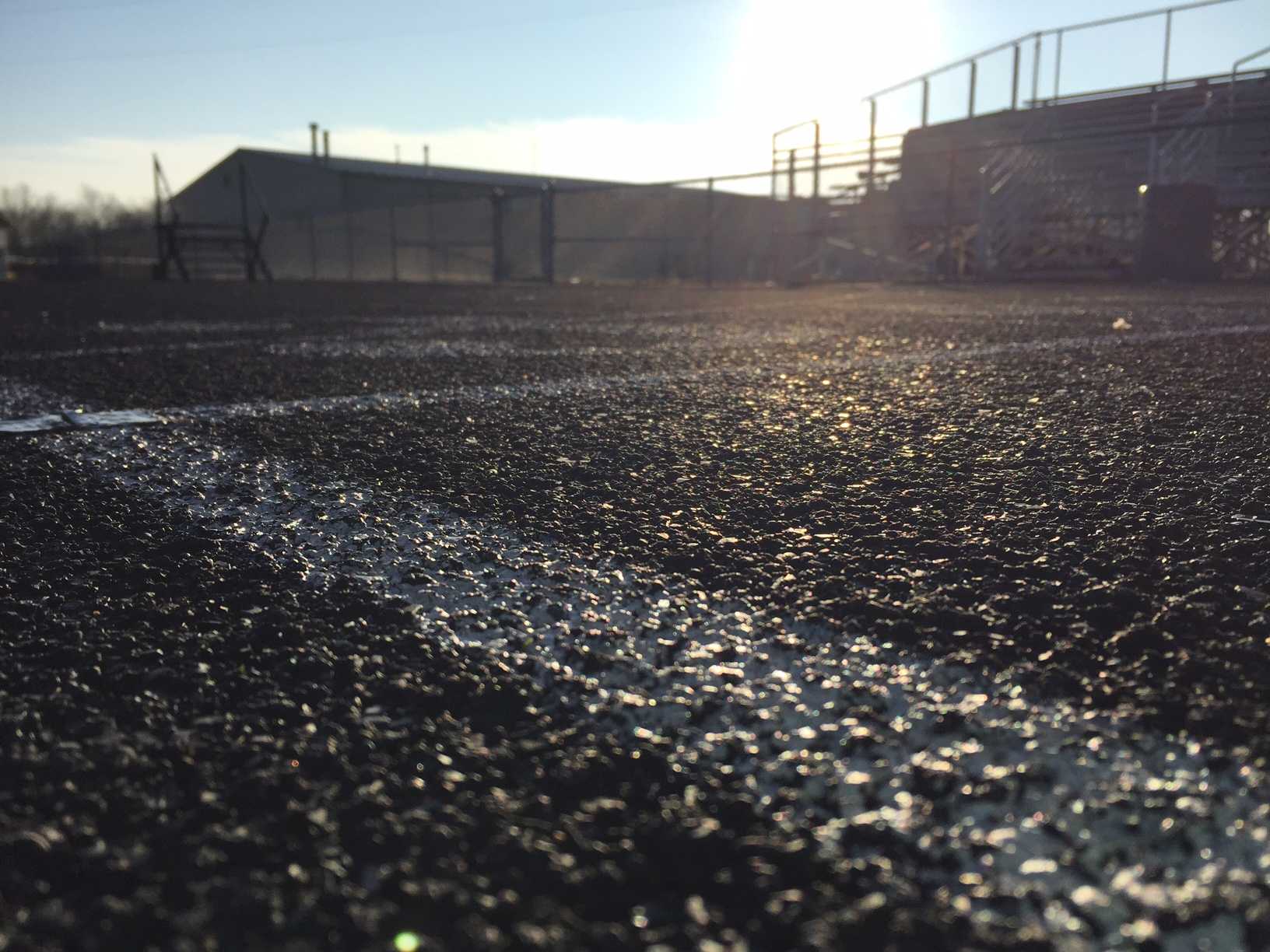 Ellipticals are not fun machines.

I spent a depressingly high proportion of my cross country season on an elliptical, hating almost every minute of it, and I know from experience that they are just about as exciting as you might expect given their name; the paradox of mind-numbingly repetitive motion and bleakly depressing lack of movement on an elliptical make it a ruthlessly unenjoyable instrument of cross-training. No matter how hard you run, you still don’t get anywhere. Your feet don’t even get off the undulating footholds of the machine. The extra sweat provided by this suffocating mode of exercise is accompanied by a crushingly heavy dose of boredom as you watch the time blink up, second by excruciatingly long second. The mileage tracker moves up even more slowly, juxtaposed against the rapid vacillation of the “rotations per minute” display which sits directly to its right on the screen. The stats displayed on this screen invite tidal waves of over-analysis as you run towards nothing but fatigue with painfully little to distract you from the blinking, beeping, squeaking torture of the machine.

I am now in my final semester of high school. I have 88 days left until graduation. Theoretically, I’m in the home stretch. This is the final straightaway of the long race that has been my entire educational career so far – I should be sprinting right now. I should be happily killing myself to cross the finish line with a personal best. This final sprint should be the crowning stretch of my educational race. But for some reason, I feel more like I’m in the middle of a long, plodding run on the elliptical than the final seconds of a race on the track.

Instead of being spurred forward by the sheer nearness of the end, I feel like I’m struggling simply to work up the energy necessary to finish. Instead of adrenaline allowing my legs to fly down the final 100 meters, it feels as if fatigue is dragging them into heavy, increasingly labored steps. The clock seems to be ticking down at a painfully slow tempo, and instead of looking ahead of me to see the ever-closer finish line, the view in front of me looks the same as it always has. At the root of this problem, I believe, is the fact that the lack of distance between me and the finish line hasn’t sunk in yet. It’s almost here. It truly is time for the finishing kick. I just can’t seem to grasp that without the clear visual of a finish line in front of me.

I don’t know what May 24th will bring. After I walk across the stage on the night of graduation, my existence as I have experienced it so far will completely change. Perhaps not immediately; I still have one more summer which I plan to spend as blissfully and happily as I have since the earliest summers of my childhood. But after that, I truly have no idea what my day to day existence will look like. As of right now, I still don’t even know at which school I will be experiencing that new existence. I think that’s why my run feels so difficult right now, when it should be getting easier. Each day, as I attend school from 7:40 to 2:50, arrive home around 3:15, do my homework, and throw in some social activities and sporting events here and there; life looks much the same as it always has. I need to remember that it’s not.

Whether I realize it or not, now is the time for the finishing sprint. Right now is that point in time which I’ve always known existed but never really thought would arrive: the end. Of high school, of 6:15 family dinners at home, of driving down Ada Drive to get to 5901 Hall Street each morning, of weaving through the parking lot to escape school grounds every day at 3 p.m., of physics homework and 25-minute lunches and sitting in a desk from 7:40 to 2:50 every day. The end of life as it always has been. Now is not the time for barely-alive jogging. It is the time for intense, adrenaline-fueled, last-effort sprinting. It is not time to simply skate through the mundane, but instead time to put all I have into everything I do. Because soon, it will all change. And before that happens, I plan on getting off the elliptical and finishing this race on the track the way it should be finished: all-out, and with no regrets.