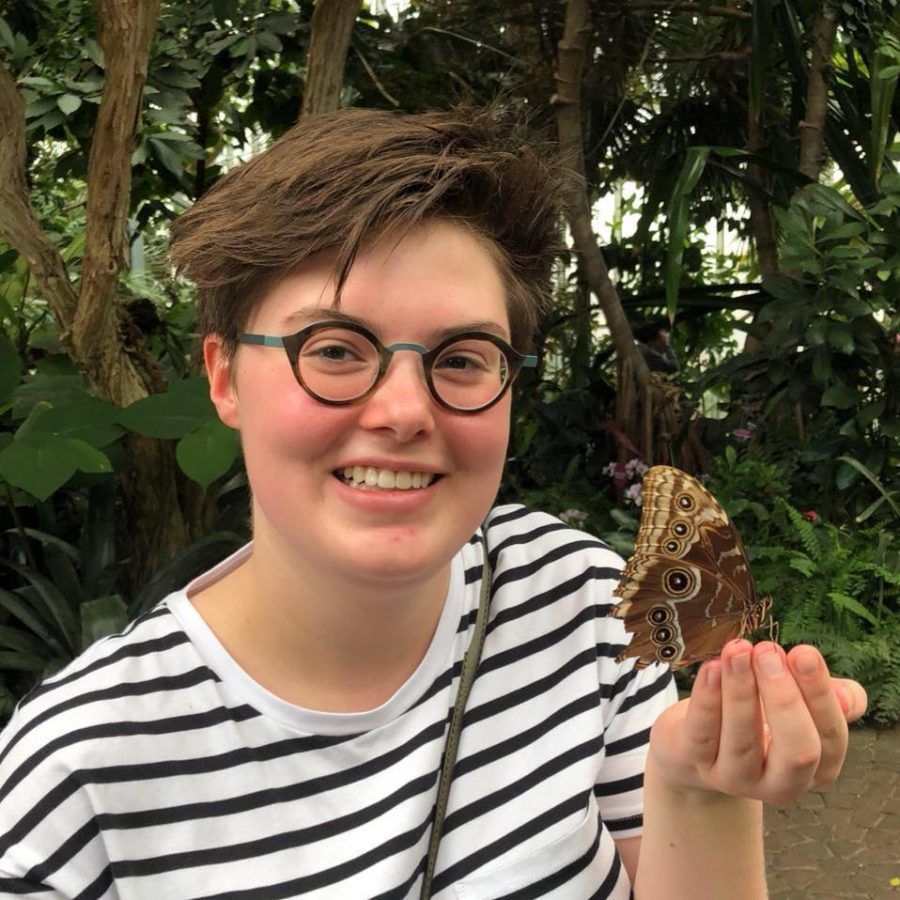 Erica Fischer pursues her passion for entomology through higher education

So much so that after twelve years in the lower level school system, she moved right on to an undergraduate program and then to a graduate program. While her love of school may seem foreign to many, it is a necessity for Erica if she hopes to accomplish her goal of becoming an entomologist.

“There’s a couple of reasons why I decided to stick with school,” Erica said. “The first is that I just enjoy being a student.  There are definitely times when it sucks, but overall, I like being in school. The second is that I can’t really go anywhere as far as a career in entomology without at least a master’s degree.”

The desire to become an entomologist (a scientist who studies insects) began when Erica was still a student here at FHC.

“I realized that I wanted to study entomology while preparing for Science Olympiad while at FHC,” Erica said. “There was an entomology-themed event that we needed someone to compete in, and the rest is history.  I built a collection to study from and never looked back.”

I realized that I wanted to study entomology while preparing for Science Olympiad while at FHC. There was an entomology-themed event that we needed someone to compete in, and the rest is history.  I built a collection to study from and never looked back.”

From that project, she discovered an interest in collecting and studying insects, which she enjoys in part because of the unique challenge it presents.

“I like collecting, and insects, especially butterflies, are an interesting and sometimes challenging thing to collect,” Erica said. “My interest in entomology stems mostly from that, I think.”

While she was one of the lucky few who knew what she wanted to be doing when she was a high-schooler, Erica had no idea as to what school she would be attending to pursue her dream of studying Entomology.

“I pretty much knew that I wanted to be in graduate school studying insects,” Erica said, “but I didn’t have a clue what school I would end up at. I [ended up going] directly into an undergraduate degree in biology at Grand Valley State University. I’m now nearly done with a master’s degree in entomology at Michigan State University.”

However, Erica doesn’t plan to stop with just a master’s degree. Her next goal is to complete her doctorate. Therefore, Erica will likely be in school for a while longer due to the length of time it takes to earn a doctorate degree. So, it’s a good thing she enjoys school and has found a way to balance the fun and the stress that comes with being a student, describing her time since leaving high school as both “fun and stressful.”

“I really enjoy being a student, but there’s also definitely a special level of stress that comes with trying to manage your time while taking classes, teaching undergrad lab classes, and trying to do research,” Erica said.

Erica has learned first hand, though, how all of the hard work, the late nights, and the stress can pay off in some very deeply fulfilling ways.

“I was really happy to get into a graduate degree program the week after I turned 21,” Erica said. “More than one person (including professors) had told me that I wouldn’t manage to get into any grad schools with an undergraduate degree finished in 3 years.  Proving them wrong was both very exciting and very satisfying.”