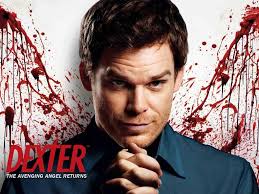 Anybody who knows me well knows that I’m addicted to Netflix. It’s a known problem and it probably should be fixed before I go to college. But that’s a problem to fix at a later time, as I have lately found myself a new show to focus on; one that I probably wouldn’t have given a second look at without a recommendation from a close friend. At first I was hesitant, so it was with much speculation that I started a new crime show called Dexter.

This interesting show seemed quite odd when I first started. The show is about Dexter Morgan, a confused middle-aged man who works as a forensic investigator at the local police station. Although this might seem normal, he also leads a secret life: the life of a murderer. Dexter justifies his kills by saying he kills people that are hurting others, meaning that he only kills other killers. But along with “saving human lives,” he puts himself and the ones he loves in the cross hairs.

As I started watching Dexter, I realized that I really enjoyed it, but not like I usually enjoy Netflix shows. This show is one I really didn’t watch to watch constantly or stay up till 3 in the morning watching, because to me, it just wasn’t worth it. Unlike many shows that I’ve watched before, I didn’t feel like I needed to be binge-watching Dexter like Grey’s Anatomy, Breaking Bad, or Criminal Minds.

The show itself is very twisted, but it does seem to do me justice when I am really bored. Dexter Morgan, played by Michael C. Hall, does an adequate job as a psychologically damaged man who hides his life; but although the show does satisfy the everyday boredom, I often find myself thinking something’s missing.

The show itself isn’t bad and the overall theme is captivating and keeps you engaged. I would consider this show good, but nothing special. It isn’t, and will never be, a Grey’s Anatomy or Criminal Minds that keeps you glued to the screen for hours and hours on end. But, it satisfies the everyday need to watch a show, and it’s worth a shot.