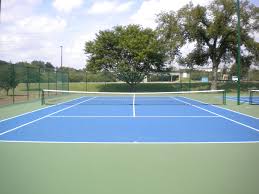 The Death Grip of Regret

A wave of death crashed over me. I slowly made my way forward step by step because in that moment that’s all I could bring myself to do. Follow routine and rely on muscle memory as my brain was simultaneously shutting down and furiously racing. I finally shook my opponent’s hand and still gripping my racquet I walked over to my bag and sat down. My legs ceased to bear my weight just as my brain was unable to comprehend what had just happened. I’d played the match of my life and it wasn’t enough. I’d been right there and come up just short. That routine of stepping onto the tennis court had met its end as I lost in the state quarterfinals my senior year.

Inevitably, I was unable to bottle my emotions after the loss. My initial reaction was that I had played well, possibly my best match ever, so it wasn’t out of regret that I began to feel the tears roll down my face, but a sense of loss. Yet as that day stretched farther away and the initial shock gave way to reality again, I began to feel something very different: not that I had gone out nobly, but that there must’ve been something else I could have done. Not that I played the best match of my career, but that there was so much I could’ve done better. Not that our team won the state championship that year, but that I could’ve grabbed that one extra point for our team. And those are regrets that stare back at me in the mirror daily.

I look back now and realize how much I took for granted, how much harder I could’ve worked, and how much farther I could’ve pushed myself. It’s a nauseating feeling. My tennis career was over before I knew it, and the more distant it grows, the more I desire to be a part of it just one last time. But I can’t. What I can do to mask that regret is move forward and realize that I can’t allow what means so much to me to be taken for granted, no matter what it is. What was once such a fond memory has become a nagging shadow, unrelenting, and eating away at me. And this lesson of regret is something that can’t be learned in a classroom.

Only through that constant memory inside me could I have been taught that essential lesson: give my best day in and day out, because it can all come crashing down in the blink of an eye. What would I give to be in that match again, winning so close to the end, right before it was snatched so suddenly from my fingers? How tight would my grip be if I had a second chance? I squeeze my hand just thinking about it, wanting to pick up that racquet one last time.