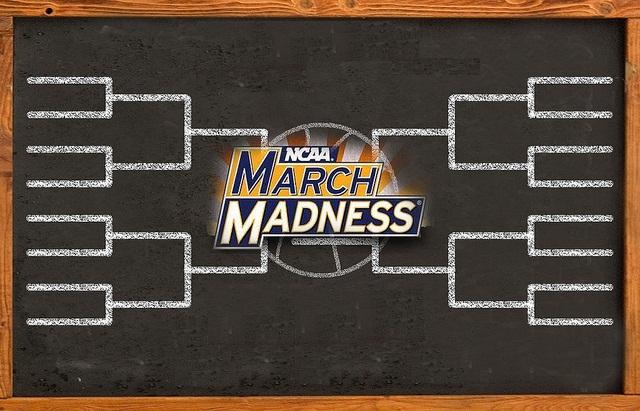 With March, comes madness. Beginning on March 16th, sixty-four teams will embark on a quest to be crowned the top college basketball team in all of the nation. From powerhouse dynasties to Cinderella stories, March brings out the best in coaches and players alike. With a loss resulting in a departure from the tournament, the competition is at an all time high in this win or go home scenario. Taking a closer look into the world of bracketology, I will now give you several suggestions for crafting the perfect bracket. Hopefully, my tips and tricks will help you succeed and bring home the bragging rights after you finish on top in your bracket pool.

Best dressed coach:
There’s a common phrase: look good, play good. Here’s a novel approach to your basketball bracket. Throw out everything you know about hoops. Ignore the top scorers. Ignore the rebounding leaders. Ignore all the stats. Determine your picks based on the best dressed coach. Take for example, coach Bob Huggins of West Virginia. ALWAYS pick against West Virginia. Huggins does not look good, so his team will not play well. Huggins is notoriously known for coaching in a full-on, body length track suit. He looks like he has just rolled out of bed. How can a man nicknamed “Huggy Bear” motivate a team to win?

Mascot Matchup:
Another possibly successful tactic is choosing your winners based on the most fearsome mascot. In a Hunger Games type scenario, which mascot would come out on top? This is the question you have to ask yourself while determining your picks. For example, take a look at the Syracuse Orangemen. First of all, what is an Orangeman? Secondly, when was the last time an orange struck fear into your heart? Based solely off of this technique, my prediction for the 2016 March Madness finals will feature a matchup between the 13th seeded Stony Brook Seawolves, and the 15th seeded Weber St. Wildcats. A Seawolf and a Wildcat, now that is a matchup I’d love to see.

Girlfriend Tactic:
Another foolproof method recommended to thousands of men is the girlfriend tactic. While taking time to analyze your bracket carefully, let your significant other fill out their bracket first. Once their bracket is complete, fill out every pick opposite of her selections. This method is a sure winner, since most women have a minimal education when it comes to the subject of basketball. This method is dynamite, unless your significant other is Jessica Fuller or one of the Yob twins, who seem to know a little bit about the game of basketball. In this case, follow their selection process exactly.

Ultimately, every approach to picking the NCAA winners is a bit shaky, so why not give one of these techniques a try? With only a 1 in 9,223,372,036,854,775,808 chance of predicting every game correctly, the chances of the perfect bracket are minimal. Good luck to you as the tourney unfolds, and the unpredictability of the NCAA screws up your bracket once again.