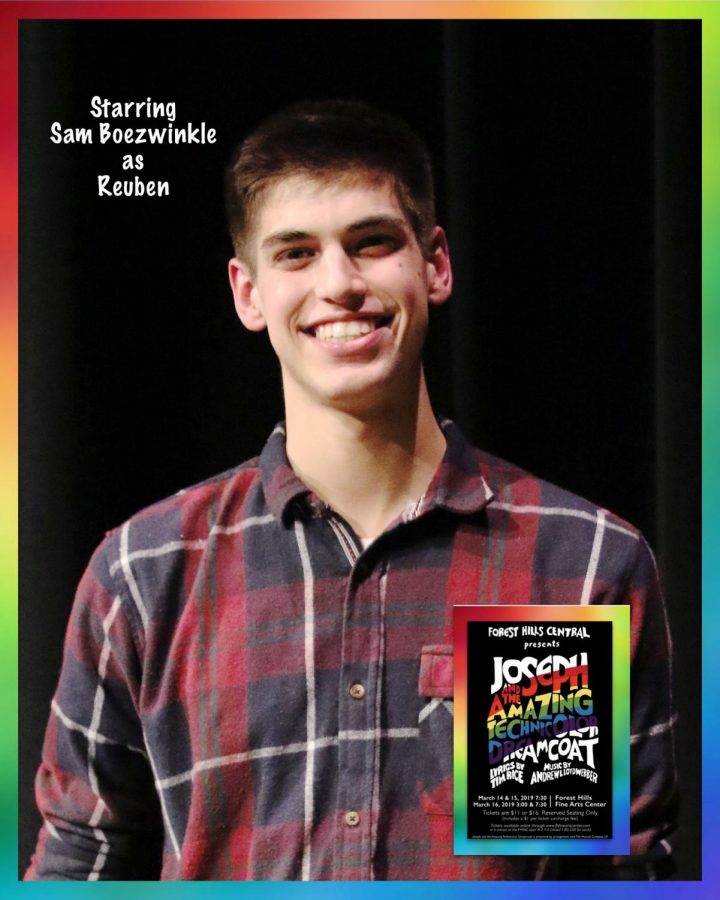 1. Have you ever been in the musical before? If so, for how many years?

“This will be my third year.”

“I’m excited about how upbeat it is, which is a big change of pace from the last two productions I’ve been in.”

“I feel like trying to represent the eldest brother of Joseph was hard for me, but my height definitely helped a lot. I also have to wear a wig and a beard, and that really completes to transformation into a brother that is supposed to look a little older than anyone else.”

“The final two weeks of the show are the most demanding but also the most fun. For the final two weeks, we move from the auditorium at school to the FAC, and that’s when the cast has the most time to hang out and bond and when the most memorable moments happen with great people.”

“[I was surprised at] how quickly it moves and how many difficult dances there are for everyone.”

“I have to sing in an accent for one of my songs, and it is completely different from how I normally sing. Trying to figure out how to modify my voice to this accent and immediately switch back to my normal singing voice for the next song was difficult.”

“I feel that I didn’t know true pressure until you perform in front of a sold-out auditorium with everyone watching you and judging. I’ve learned through musical to let the people judge but keep doing your own thing.”

“Audiences should be excited for fast-paced action. The show isn’t as long as past shows have been, but it is a ton of singing and dancing that should leave the audiences satisfied while still feeling like they’ve got time to still do things when they get home. It’s worth the $10 of admission for sure.”