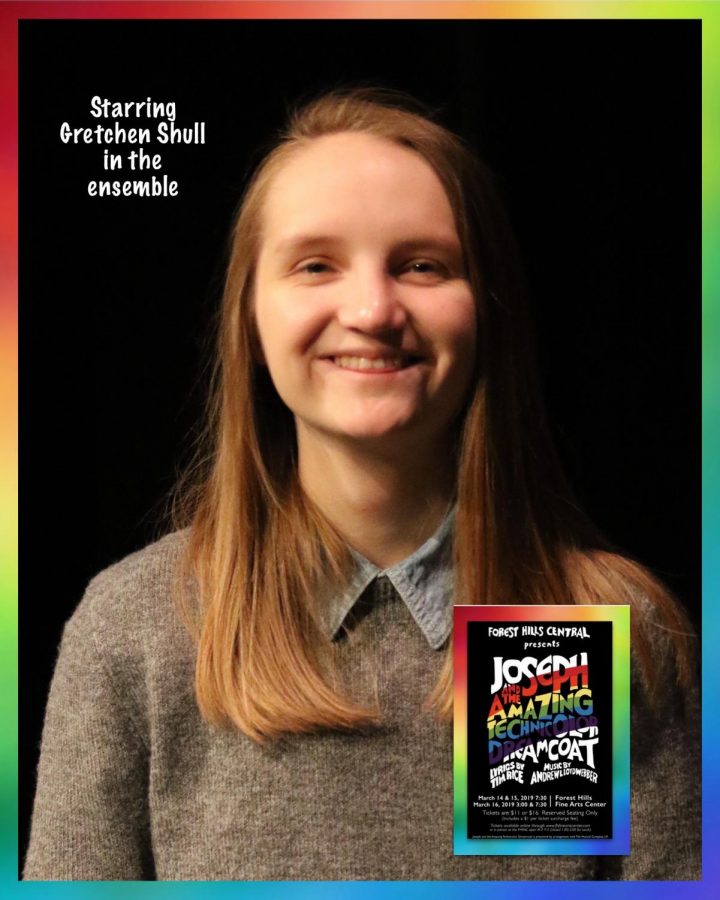 1. Have you ever been in the musical before?

“Yes, I was in Little Shop of Horrors my sophomore year and Peter Pan my junior year.”

“I’m most excited about the choreography. It’s a little more complex, but it makes the show look really interesting for people watching.”

“I’m in the ensemble, and I like being in a big group with the other ensemble folk. We’re all supportive of each other, and we help each other out if one of us is struggling a little bit.”

“My favorite part of being in the theater by far is the people that I get to meet and spend time with. It always brings me closer with classmates that I wouldn’t normally get the chance to get to know. I’ve met the greatest people that I have ever met through theatre.”

“The most surprising thing is probably how fast the show goes. Usually, I always have some songs to sit and take a breather, but for Joseph [and the Amazing Technicolor Dreamcoat], I am either onstage, singing backstage, or changing into my next costume.”

“Musical has influenced my high school career by getting me closer with so many other students. I get to meet awesome underclassmen, and I also get to talk to some people in my class that I normally wouldn’t talk to. It’s really allowed me to branch out socially.”

“The audience should be most excited for the amazing visuals that the show creates. The show is choreographed so that people are never bored watching the show, and the cast is super talented!”