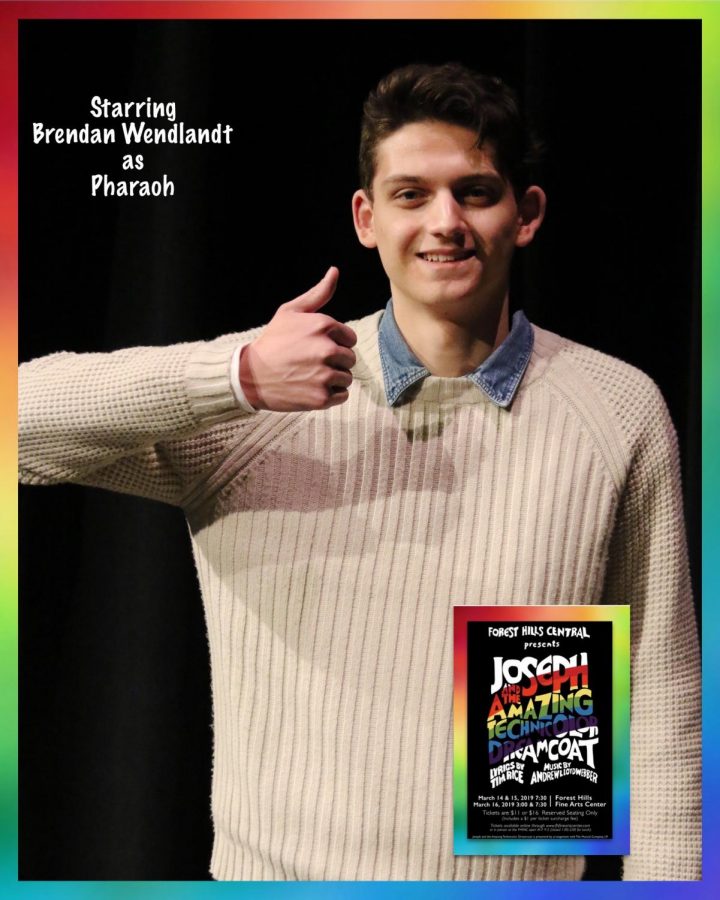 1. Have you ever been in the musical before?

“I’m most excited to perform in front of an audience after so many weeks of practicing.”

“I play an Elvis [Presley] impersonating pharaoh which is pretty fitting for me because I’m an Egyptian man with noodly legs that can bend well.”

“It’s cliche, but it would have to be the people involved. It’s a great group of students, and I would not have known most of them had it not been for the musical.”

“[The most surprising thing is] how unique it is. It explores a lot of different genres and tells a biblical story in a very interesting way.”

“Getting fully into character was tough for me initially because I have never done a musical before. It was hard to be so animated with my character.”

“It was really unlike anything I’ve ever done, and it put me out of my comfort zone in a good way. I had never acted before or sung, so it was a great opportunity to do something I hadn’t.”

“The audience should be most excited for the Pharaoh. I hear he’s callipygian and makes young women swoon; that’s the word on the street at least.”