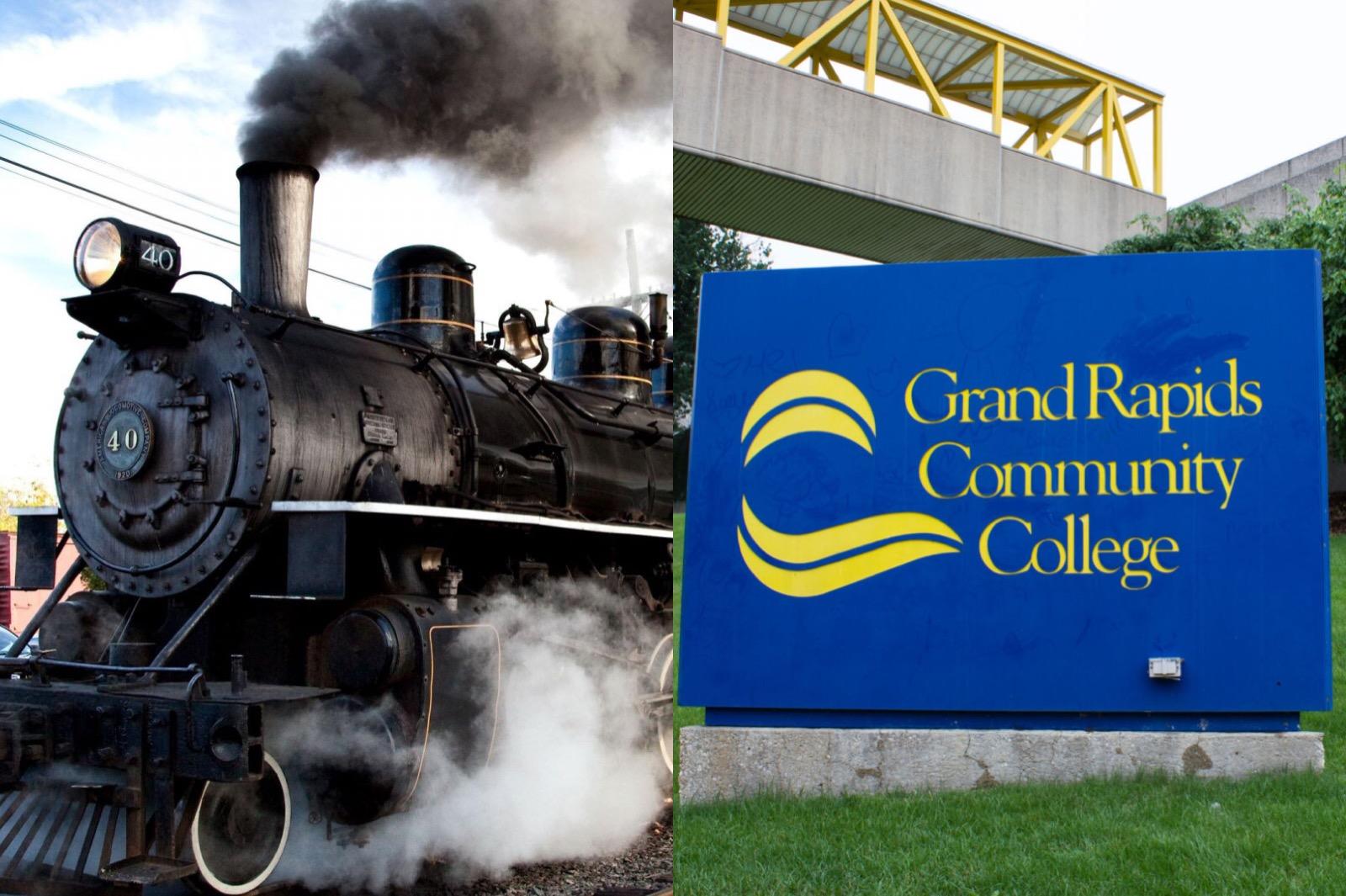 The Train of Change

A million emotions flashed through my mind as I moved my cursor over the little grey box. I had chosen the date and time, typed out my name and student ID, and even listed my birthday. There was nothing left to do but submit the form. I took a deep breath, clicked submit, and tried to decide whether or not I should scream from stress, cry at the thought of my childhood officially ending, or get ridiculously excited about my future.

I did all three.

The fact that I had just signed up for freshmen orientation hit me like a slap in the face and made me feel like I got run over by a train. It was my wake-up call. An alert that this is happening. That I really am graduating in May, and leaving FHC for GRCC. Up until this point, I hadn’t thought much about college. After getting my acceptance letter, I pretty much ignored it all together. I knew where I was going and what I wanted to do – and that was all I felt like I needed to worry about. I blocked out the days until August and let the thought of college drift to the very back of my mind, focusing simply on continuing to enjoy the numbered days I have left at FHC.

I think one of the reasons that it was such a shock to me is because I don’t like change. I dislike all parts of it, no matter if it’s good or bad. It makes me nervous, not knowing what to expect or walking into the unknown. Take the first day of school for example. No matter how long I’ve been going to a certain school, whether it’s Ada Elementary, Central Woodlands, or FHC, the first day back in September is always a nerve-wracking experience. On one hand, it’s exciting. It’s something brand new to explore and become comfortable with. But it’s also terrifying because it’s new. It’s nothing familiar or anything that I was comfortable with before.

Eventually, like everyone else, I’m fine again. I get used to the new schedule and new classes and new teachers. I fall back into a simple routine. I become content with my surroundings….until the following year where I start back all over again.

Like the rest of my senior friends, I joke constantly about how ready I am to be done with high school and get out of this place. But honestly, I don’t think I really am. FHC is one of the school buildings where I’ve been the longest. Besides the change in my schedule every year (which is still stressful), it’s remained familiar and normal. There have also been some classes that I’ve been going to for multiple years now, such as Spanish and The Central Trend. The teachers in those classes are the ones that I’ve known for a bit longer than others, and that adds to the comfort and familiarity. Coming back to the same campus, same halls, and sometimes even the same rooms… that is what has helped make FHC a home away from home for the past four years.

I’ll be at GRCC for at least two years, if not maybe longer. I’m going to have to become used to those halls eventually, which is in the very near future. The train of change is heading down the tracks and making its usual stops, getting closer and closer to me with each passing day. Before I know it, it’ll be outside my house, the conductor waving his lantern at me from the steps. He’ll be urging me to choose to get on, whether I’m ready or not.

As I write this, I look at it now as not the train of change, but of opportunity. A train that will take me to the start of my new adventure that begins the moment my current high school journey ends on May 24th. A train that, though I originally thought it to be be bad, I know will be better and more beneficial that I could have ever thought possible.

So when the train of opportunity pulls up outside my front door at the end of August, there won’t even be a question or doubt in my mind about where it’s going to take me.

I’ll choose to get on.