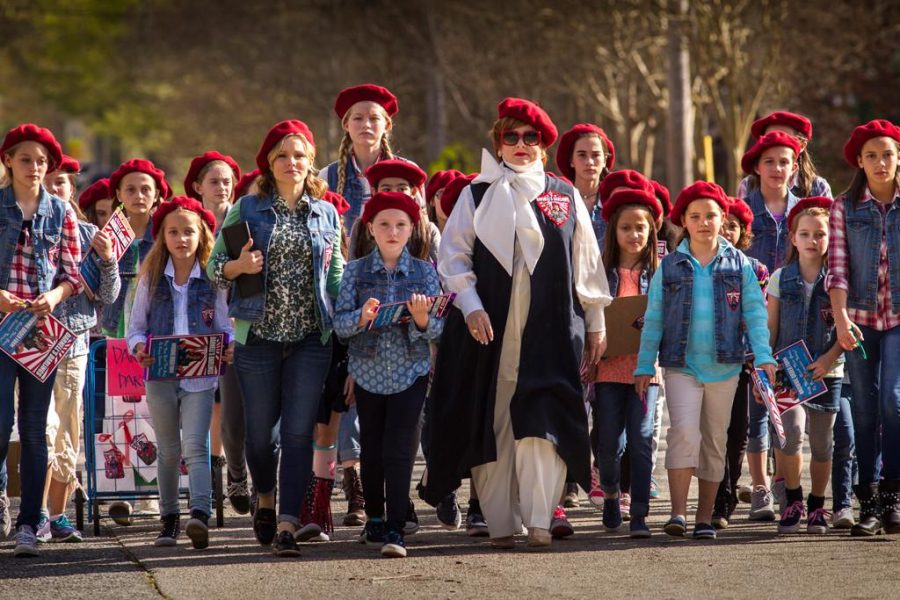 “I really want to see that new Melissa McCarthy movie.”

“Michael, it gets 18% on Rotten Tomatoes. It’s going to be terrible.”

“Yeah, but I’m kind of in the mood for something stupid.”

This was the conversation between my two friends in the front seat as we all discussed our movie options for the night. Being the day I returned from spring break, after a long journey home I was exhausted and had set my sights on sleeping in the theater. I was perfectly okay with seeing a subpar movie that I wouldn’t miss out much on by sleeping through; and, to me, the 18% Rotten Tomatoes rating proved that ‘The Boss’ would be that movie. But, I was pleasantly surprised by the film and am pleased to say that I stayed awake through the whole thing.

‘The Boss’ focuses on the story of Michelle Darnell, a cutthroat businesswoman whose only concern is staying on top. After an ex-lover takes her business and reputation down, she is taken in by her former assistant Claire and her daughter. Although times are hard at first, together the three of  them attempt to build a new business empire while Michelle figures out how to be a better person. Essentially, it is your typical feel-good movie.

Although it does contain some clichés, the storyline is one that appeals to many. Who doesn’t love seeing the cold-hearted protagonist suddenly become a kind, generous giver who ends up on top and learns the power of friendship? Nobody, that’s who. Because it works on audiences of all ages, every time (although the language in this movie is definitely not for all ages). Complete with some quality jokes and quirky situations, ‘The Boss’ does not disappoint in the humor category, either.

The real strength of the movie, however, is its cast. Melissa McCarthy shines (as usual) in her leading role, portraying the ruthlessness of Michelle Darnell with convincing conviction while pulling off a transformation into a kind-hearted woman. Kristen Bell is also stunning as Claire the assistant, whose change of heart when it comes to Darnell was flawlessly executed. In my opinion, the hidden gem of the film, however, is Ella Anderson playing Claire’s daughter. Although she is young, this girl’s sheer talent produced an amazing performance that had me wanting more of her innocent yet sassy character.

Although at first you may write it off, give ‘The Boss’ a chance next time you are at the theater. It will leave you laughing and feeling happy; and although it may not be the next Academy Award winning film, it definitely surpasses 18%.