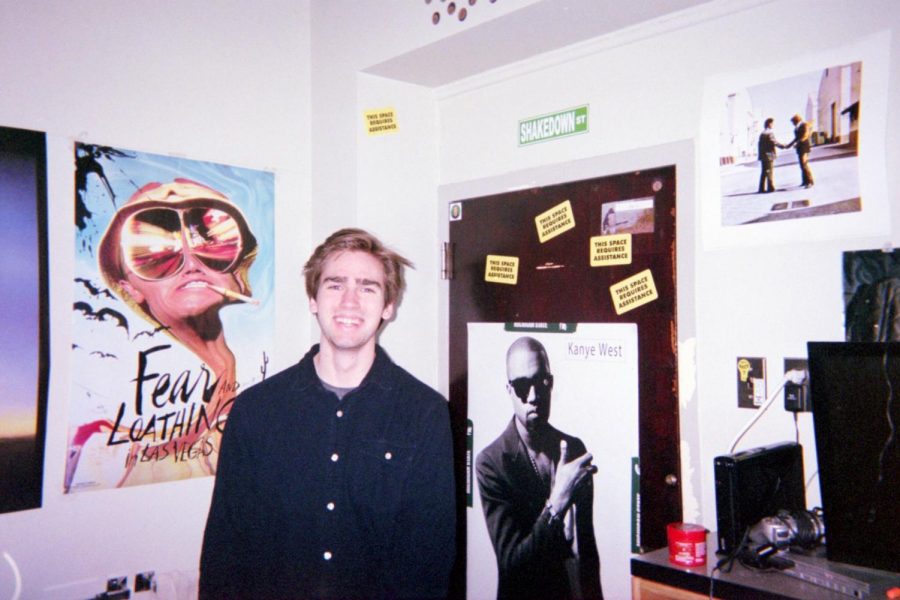 For FHC alumni John Pynnonen, college has been a time of growth and adventure. Like many others who have stepped out of FHC’s halls and into the real world, he has a desire to make the world a better place; however, the way he has gone about it has been far different from his fellow alumni.

“I made a music video of the worm team as a joke, and one of my professors loved it,” John said. “The next day, she sent me a link to an application for a grant to make an environmental documentary, so I figured I’d give it a go.”

“I made a music video of the worm team as a joke, and one of my professors loved it. The next day, she sent me a link to an application for a grant to make an environmental documentary, so I figured I’d give it a go.””

The “worm team” is a group that was going to “northern India to learn about the Morarka Foundation, a non-profit that has helped over 250,000 farming families by giving them the resources and know-how to vermicompost (compost that uses worms). The reason they choose to use worms is because of their efficiency to break down food-waste, and the fact that worm castings have more nutrients and are less harmful to the environment than traditional inorganic fertilizers.”

John’s interest in being a part of a group doing something like this derives from his time in high school spent with HAP and AP Environmental Science teacher Chad Scholten.

“Scholten definitely was just one of those folks that encouraged environmental education for the sole purpose of making the planet a better place, and you can’t tell me that’s not inspiring,” said John, who is currently studying civil engineering. “I know I’m not technically an environmental engineer, but I’m still down for nature.”

“I’d like to build my own house, be self-sufficient, grow my own food, all that jazz,” John said. “Maybe work for the army corps restoring dams or helping designing drainage systems in coastal cities to deal with floods, doing stuff that helps people.”

That specific desire of restoring waterways speaks to John because of the heavy presence water has in his life, and in all our lives.

“I got interested in working with water systems just from being around water my whole life,” John said. “Currently, my dorm is next to the Red Cedar [River], and it’s crazy to see how much trash flows through that thing. So, I think the idea of preventing that as much as possible just seems pleasant.”

And through all of the good work John plans to do with his time on this planet, he desires a good group of people standing with him.

“I’d like to have a really good circle of people,” John said. “I’m mad at myself for being so lousy at keeping in touch with a lot of folks (Shoutout to Manders, Dolce, Scobell, and Scholten), and it’s important to reach out to people so they reach out to you when you need support or just someone to shoot the breeze with.”