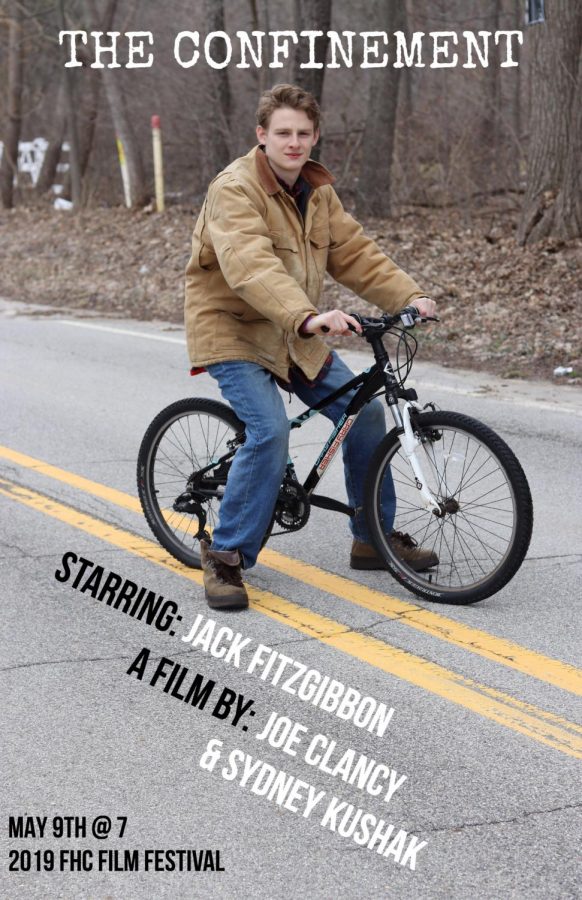 “Our film is about a teenage boy that causes trouble, and his parents have had the last straw with him. The boy then gets sent away to a rehabilitation camp but not the way you’d expect. When he gets to the camp, he immediately hates it and has a strong urge to escape. The film follows him along his journey out of the camp.”

“The theme is an action-adventure film.”

“We saw some stories online and put a twist on them with our own imagination.

“We started filming in February, and in May, we are still filming. We have had to refilm scenes and film a lot of scenes so that our film meets the ten-minute minimum requirement. The editing process has been pretty easy, and we will have our film turned in on-time.”

“Finding actors and actresses was pretty hard, but one of our good friends, Jack [Fitzgibbon], has previous experience with acting, so that’s why he is our main character.”

“Coming up with ideas, in the beginning, was pretty difficult, but seeing it come together, in the end, has been rewarding.”

“The film shows how much Jack hates being at the camp, so he regrets being rude to the principal and his parents.”

“There is a lot of suspense from the movie, and they’ll get a lot of good laughs.”

“Our film has a very interesting plot, and we have a lot of montage scenes. Plus, a lot of movies have a few main characters, and we just have one.”