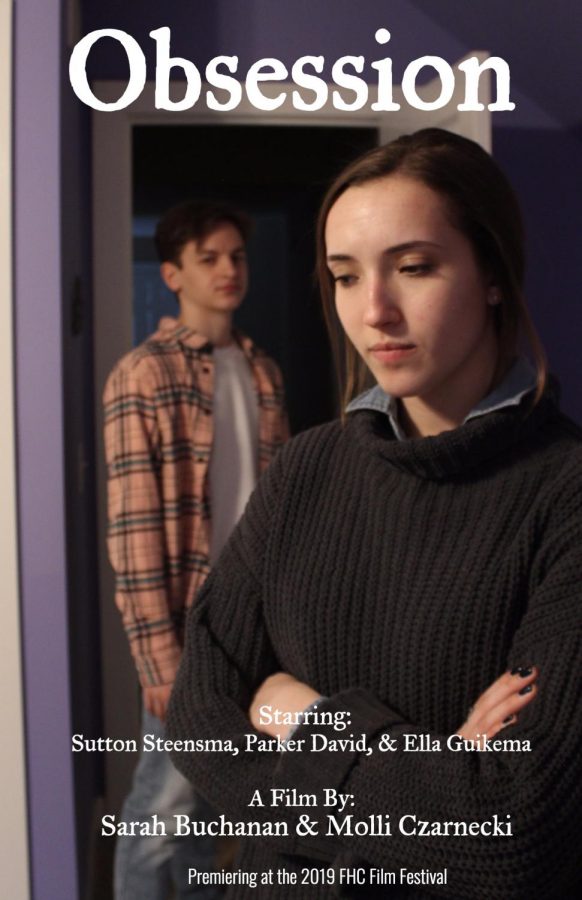 “My film is about a girl named Grace whose family has workers painting their house. After meeting the workers, she gets creeped out by one of them, Jason. Grace’s suspicions rise, yet no one seems to believe her. When Grace’s parents leave town for the weekend, her fears turn to reality.”

“The theme of my film is suspense.”

“There wasn’t really one inspiration. Molli and I knew we wanted to do a thriller film, so we sort of just bounced ideas off of each other until we came up for the story of Obsession.”

“The process was more complex than I anticipated. Planning was definitely the biggest challenge. Trying to picture every scene and every line in the movie is hard to do when you can only see it in your head. We started filming in Januar, filmed until April, and have been editing since then. A lot of time went into creating this film, not only for Molli and me but for the actors too.”

“Being involved in theater, I had a lot of connections to people [who] I knew already had a passion for acting. We were able to get a very talented cast of students who all had prior experience with acting. Their professionalism made the process a lot smoother.”

“My favorite part about the process is just to see it all come together. Just a few months ago, Molli and I were trying to think of a storyline and how this whole thing was going to work. Now, seeing the film finished, it is very rewarding to see all of those months of hard work has finally paid off.”

“The message we are trying to convey is to trust your instincts.”

“The audience can expect to be on the edge of their seat the whole time, wondering what will happen next.”

“Obsession is different from the rest because it truly does have that element of suspense. The way that we created it allows you to feel the emotions and panic that Grace feels in the movie and fear for the future throughout the film.”